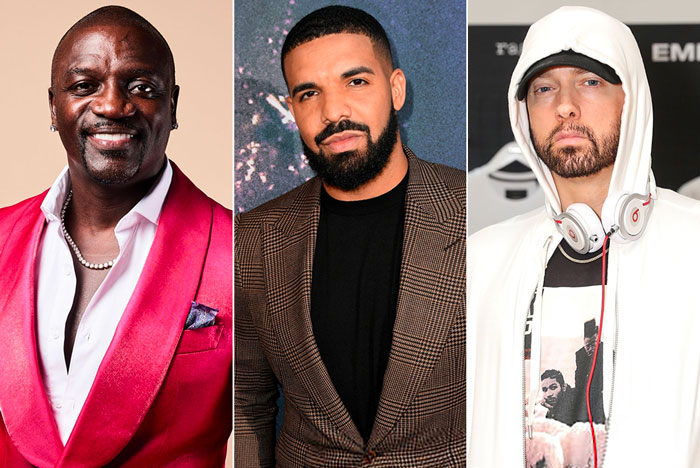 Akon helped discover stars including Lady Gaga and T-Pain, but there’s one superstar he missed out on signing–Drake.

In a new interview with VladTV, Akon revealed that he had the chance to sign October’s Very Own around 2004-2005, but passed because he reminded him of another rapper.

Akon says he first became familiar with Drizzy through another famous Canadian, Kardinal Offishall. But after listening to his demo, he couldn’t help but think of Slim Shady.

The demo was a stark contrast from Drake’s breakthrough hit, “Best I Ever Had.” “You can see the difference between that demo and ‘Best I Ever Had.’ It was completely different.”

According to Akon, there was a “huge bidding war” and Kardinal encouraged Akon to sign Drake, but Akon wasn’t able to match the lowest bid. “That’s when Kardi was like, ‘Ni**a, I told you this ni**a was gonna be the shit,’” recalled Akon. “I said, ‘Well, shit, reach out.’ He said, ‘You can, but the lowest bid right now is a million.’ I said, ‘Shit, I ain’t got a million dollars.’”

Akon says that music executive Sylvia Rhone had the “biggest chance to sign” Drake, but she was focused on Trey Songz. “At the time she had Trey Songz and she felt like Trey was just gon’ be the biggest thing ever.”

Despite the missed opportunity, Akon has nothing but love for the 6 God. “Out of all the artists today, Drake to me, he is worth every single fu**in’ penny, every single penny–that motherfu**er’s genius. He’s revolutionary.”

Drake ultimately signed with Young Money/Cash Money and the rest is history.