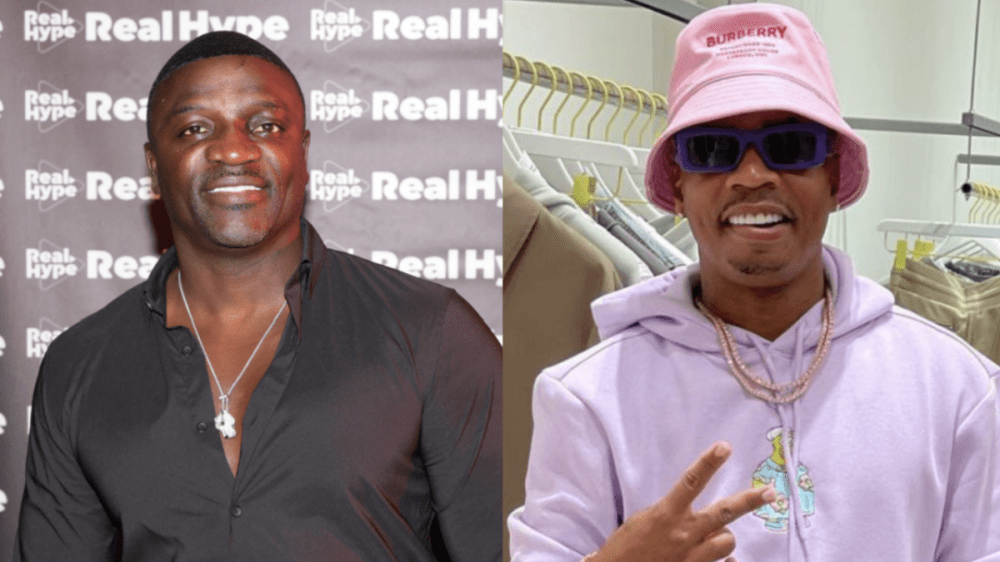 Akon‘s multi-platinum “I Wanna Love You” smash hit might never have happened had it not been for Plies and his sticky fingers.

The 49-year-old recently pulled dup to Sway’s Universe where he revealed the “Bust It Baby” hitmaker stole the song out of the Slip N Slide Records email when it was really intended for Trick Daddy.

“It was originally supposed to be for Trick Daddy,” Akon explained. “So I write the record, I’m like, ‘This is gon’ be crazy.’ My lil brother Bu comes in the room and hears the record. ‘N-gga, you crazy? You ain’t giving up this record.’ I said, ‘Bu, trust me, this record we good I can make more.’

“I had already sent the record out and Trick is on the road at this point. The record went to the Slip N Slide email. Plies picked the record up… Plies ambushed that muthafucka.”

Akon continued: “Plies heard it off top but it wasn’t his. It didn’t matter, Plies took his voice — because I used to always sent my tracks with my chorus already on it — so all he had to do is put verses. He put the verses on it and leaked the record. The record becomes the biggest record in Florida satellite radio.”

Akon claims Plies stole a song he sent to Trick Daddy via emailhttps://t.co/FoC4kxW3kg

Eventually, Akon’s business and legal teams got in front of the Plies version spreading like wildfire so he could release his official version of “I Wanna Love You” featuring Snoop Dogg in October 2006.

The raunchy anthem would go on to become Akon’s first No. 1 hit and Snoop’s second time reaching the Billboard Hot 100 summit.

As far as music today, Akon believes Canada is carrying the Hip Hop torch rather than Atlanta, which most people have crowned as Hip Hop’s hottest city.

“Atlanta’s been a driving force to Hip Hop, for sure, but the dominators of Hip Hop is Canada,” he told the Big Homies House podcast. “N-gga, they dominating the music business. Okay, you got Drake, you got Tory Lanez, you got The Weeknd, you got Justin Bieber.

“Mind you, I’m thinking from a business standpoint. I’m not talking about influence. Influence? Atlanta, hands down. ‘Cause everything that those guys I mentioned in Canada is birthed from influence here in Atlanta. Don’t get it twisted, Atlanta changed the game when it came to urban music.”