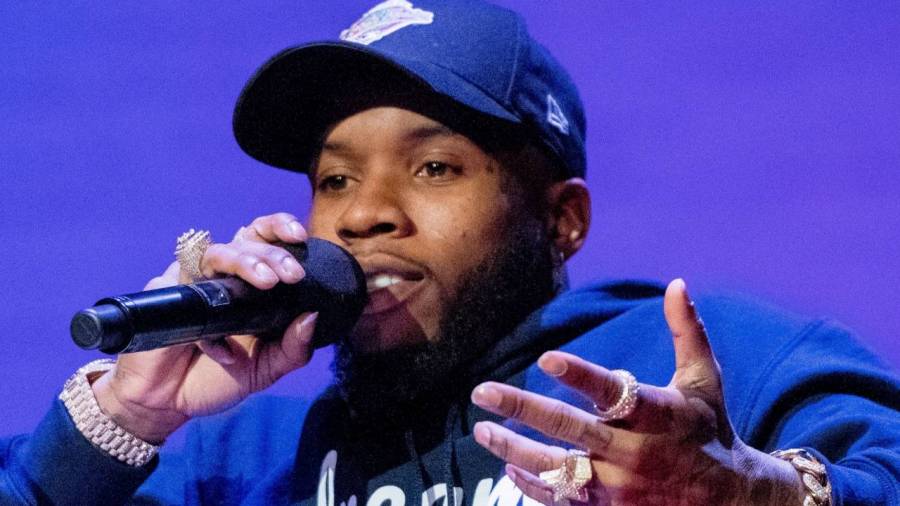 Tory Lanez has found himself a trending Twitter topic once again after he tweeted a cryptic post many assumed was a sub at Megan Thee Stallion. The two rappers have been embroiled in controversy since July when Lanez was arrested in Los Angeles for felony possession of a concealed weapon with Megan in the car.

Megan later revealed she’d been shot in the process and identified Lanez as the triggerman in August. Since then, Lanez has been charged with felony assault and ordered to stay away from the Roc Nation artist.

But in the wee hours of Wednesday (December 9), the embattled Canadian rapper wrote, “All that for that gram, but couldn’t take no dick,” presumably a reference to a video Megan shared of herself twerking for the camera. Akademiks shared both posts to his Instagram page with the caption, “I’m done.”

The Megan and Lanez shooting fiasco dominated headlines for months following the incident. Lanez, who’d been active on Instagram Live with his Quarantine Radio show prior to the controversy, retreated from the public spotlight only to return in September with an entire album dedicated to clearing his name.

From the moment the first beat dropped, Lanez was insistent he’d always cared about Megan and denied any wrongdoing.

At the same time, many fans thought he sounded like a jilted lover, especially on the album opener “Money Over Fallouts” where he raps, “Don’t forget you was my bitch, I held it down and kept it real/I would never paint no fake picture of you just for some mills/And I thought that you were solid too, but look at how you doing me/Look at you doing me, people tryin’ to ruin me.”

Lanez has pleaded not guilty to the charges while Megan’s career continues to reach new heights. Earlier this month, the Houston native delivered her debut album Good News, which contained a Tory Lanez diss track called “Shots Fired.” The project landed at No. 2 on the Billboard 200, just behind K-Pop group BTS.

Meanwhile, Megan’s Twitter supporters are lighting Lanez up with wild memes and comments. Check some of them out below.

One thing Tory “but I’m 4 foot 11 with timbs on” Lanez gonna have is audacity.

waking up to tory lanez shit mouth open on twitter and his followers eating his feces pic.twitter.com/Ty6Iqz964R