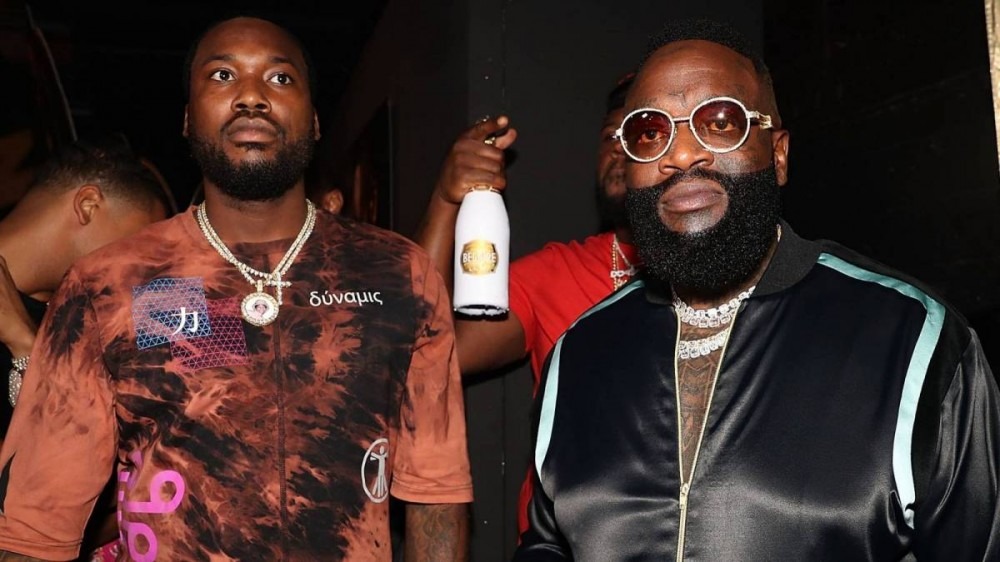 According to Bossip, the two rappers’ “ongoing beef” led to Meek not allowing Rozay into his section at LIV nightclub in Miami over the weekend. Meek Mill allegedly wants out of his MMG contract and is apparently having difficulty doing so. Shortly after the chatter started, Akademiks hopped on Twitch and essentially confirmed the rumor without mentioning Meek’s name.

“There’s an artist who’s signed to another artist,” he says in the YouTube clip. “People saw when the artist who’s signed to the other artist was having a party, the artist they’re signed too allegedly tried to enter the party and go about certain places and I heard there was a big issue. One of your favorite artists who’s claimin’ that they lit, they a boss, they do whatever — they’re signed to another n-gga. And allegedly, they beefin’ with the other n-gga because they’re trying to get off the label. That’s what I heard.

“I don’t even want to say names because I’m in disbelief. I hear they want off the label. This has been an ongoing conversation. The n-gga that they signed to showed up to their party and they were not happy. When that person showed up, there was issues.”

Meek Mill signed to Maybach Music Group in 2011 after leaving Grand Hustle Records. Akademiks says he’s been trying to get out of his contract for at least a year but Ross being the seasoned businessman he is, simply wants Meek to finish out his agreement.

Of course, this should all be taken with a grain of salt – even Akademiks noted it could be a giant lie but added the people he heard this from have “reputations” and doesn’t see what they’d gain by fabricating the story.

In a 2015 interview with HipHopDX, Rick Ross spoke about the success of MMG and appeared happy about having Meek Mill on the roster.

“I think the diversity itself is what sets us apart as a label,” he said at the time. “When you think of Stalley, when you think of Omarion just having a No. 1 record. Meek Mill having a monstrous new album, Wale, another No. 1 and of course the Boss.  Then Gunplay just releasing his first solo album. I think that’s real big and that’s something special for me. I’m extremely proud. It’s just the first of many things to come.”

MMG was founded in 2009 and has still has Wale, Gunplay, Rockie Fresh, Fat Trel and, of course, Meek signed to the imprint.