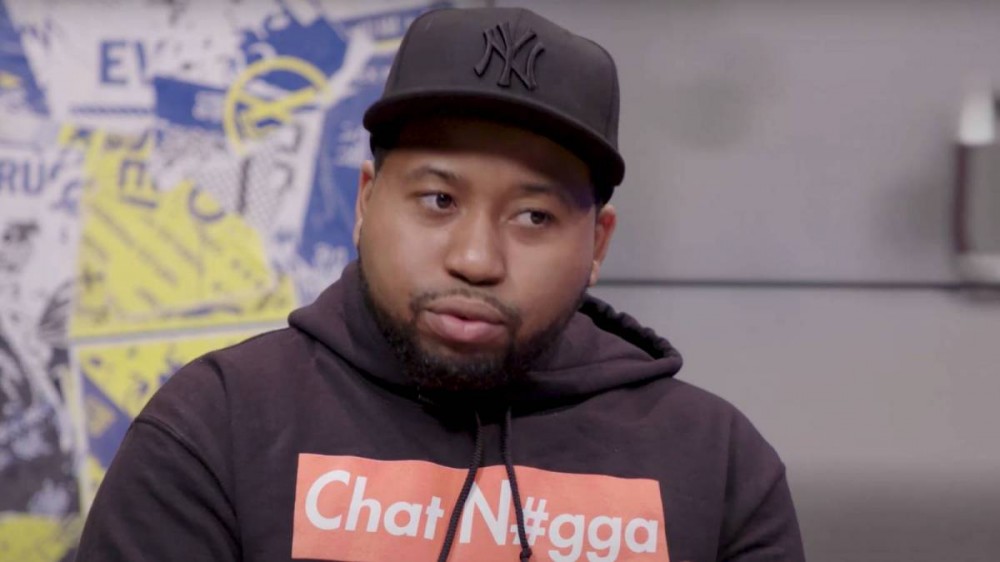 The dormant beef between DJ Akademiks and Hot 97 radio personality Peter Rosenberg has been revived. On February 23, as the Megan Thee Stallion, Tory Lanez and Akademiks e-battle waged on, Roseberg tweeted, “Akademiks talks a lot of trash for someone who would go broke in Twitch and YouTube got shut down. Barely surviving this ratio. lol Ak really got man fans for real.”

After being alerted to the tweets, Akademiks hopped on Twitch and proceeded to trash Peter Rosenberg until he was screaming at the top of his lungs.

“Rosenberg, I probably made more this year on Spotify than you’ve made your entire career at Hot 97,” he said. “Bro, I’m on your ass … I don’t fuck with y’all n-ggas. Y’all been new. I never apologized to none of y’all. I ain’t fuck with y’all. I created my own shit, so good. I’m glad you said that. It’s on now, great! Perfect. Here we go. Here’s the last conversation I had with you Rosenberg, when you thought I was pussy and you was like, ‘Yo, Ak. You only talk on the internet,’ this, that and the third. And I hit you up and I said, ‘N-gga, if you really think I’m scared of you, we can meet up and box. I’m not doing it on no celebrity thing. I ain’t givin’ you a dollar!”

He continued, “Talkin’ about YouTube … if Hot 97 go out of business, you broke n-gga! C’mon, n-gga. I made more one year off YouTube than you made in your whole career. Made more off of Spotify than your whole career! N-gga, I’m that n-gga! I’m sorry. They don’t fuck with you! I’m their n-gga! Sorry, I’ve been sonning a n-gga like you. Stop playin’ with me boy. You a little n-gga, but I son you right now. When a n-gga coppin’ pleas, I try to keep it to myself ’cause I don’t wanna expose you like this.

“You a bum! You work three times longer than me and I’m telling you that I work one-fifth of what you ever did, and I’m still way more lit. You can’t fuck with me in no capacity. Doesn’t matter. It’s big fucking Ak! You can’t say shit. You need to pay homage or shut the fuck up when my name is mentioned! That’s a fact! … I don’t need to be cool with none of you bitch ass n-ggas!”

Akademiks then shared some of Rosenberg’s private messages on the screen. One read, “Hip Hop has given us both a lot … what do you u truly give back to it? Cuz the way it feels is like you use the culture and don’t care. If I’m wrong, good I hope I am. But that’s how it seems. You can tell me to go fuck myself and that I’m hating but – you really think I want what you have? You think I’m not good with my status and bank account?

“I’ve lived my dreams 10 times over. This ain’t about money or success. You’ve done your thing. It’s about using your platform for good. If so many people are barking at you, I know it’s hard, but maybe listen to some of what’s being said.”

The media personality continued to shout as he reads the messages and tell Rosenberg to “suck a dick!” He also claimed Rosenberg was scared of “Big Ak” because he “flexed” on him.

“We don’t need Hot 97 to make a living!” he added. “Shout out to my bloggers! Shout out to all my Twitch streamers! There’s n-ggas on Twitch that make more money than anybody that work at Hot 97! Y’all n-ggas suck a dick if you think I’m about to come bow down to none of y’all n-ggas. I’m comin’ in and flexin’ on all y’all, violating y’all, teaching you how to suck a dick and y’all ain’t going to do shit to nobody because you don’t control shit!”

One of Rosenberg’s final messages to Ak read, “Lol saw you read this and then went unseen. You don’t want the real talk. U just want the bullshit as expected … proceed with the bullshit.” But Akademiks denied it and said, “I wanted your bitch ass off my dick! Suck a dick, n-gga!”