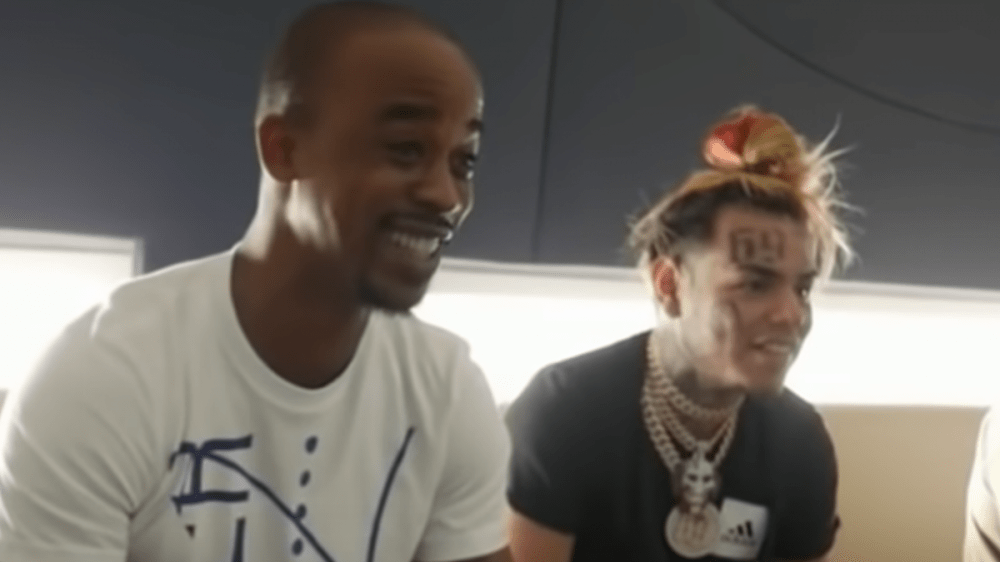 For the second episode of Akademiks’ Off the Record podcast, Ak received a prison phone call from 6ix9ine’s former manager Shotti, who is currently serving a 15-year prison sentence for his role in the Nine Trey Gangsta Bloods.

Shotti didn’t hold back when taking aim at his ex-client during the interview, which Akademiks previewed clips of on Friday (August 20).

“He’s trying to justify his actions,” Shotti said of 6ix9ine. “What I wanna say is this — tell him he was scared, let him know the truth, and you’ll be alright, man, but you won’t keep lying and perpetuating and acting like you a gangster. You gon’ get what gangsters get, man. Shout-out to my n-ggas. It’s just that simple. I wish him the best.”

Shotti calls into @OffTheRecordHD and says he got $1.5 million on his son to fight 6ix9ine for telling on him and the rest of the gang. 😳 episode dropping soon pic.twitter.com/6EJA98x3Vg

Shotti then shifted his focus to setting up a boxing match between his son and 6ix9ine. He is even willing to put $1.5 million up for the prize as a bet on his son to knockout the rainbow-haired rapper.

“Tell that n-gga I got $1.5 million [for him],” Shotti stated. “He talking about he gon’ knock n-ggas out, I got $1.5 million that my son will knock him out clean. However he want it. Don’t go looking for Meek Mill or Lil Durk or none of them n-ggas, tell him to holla at myself. We got this.”