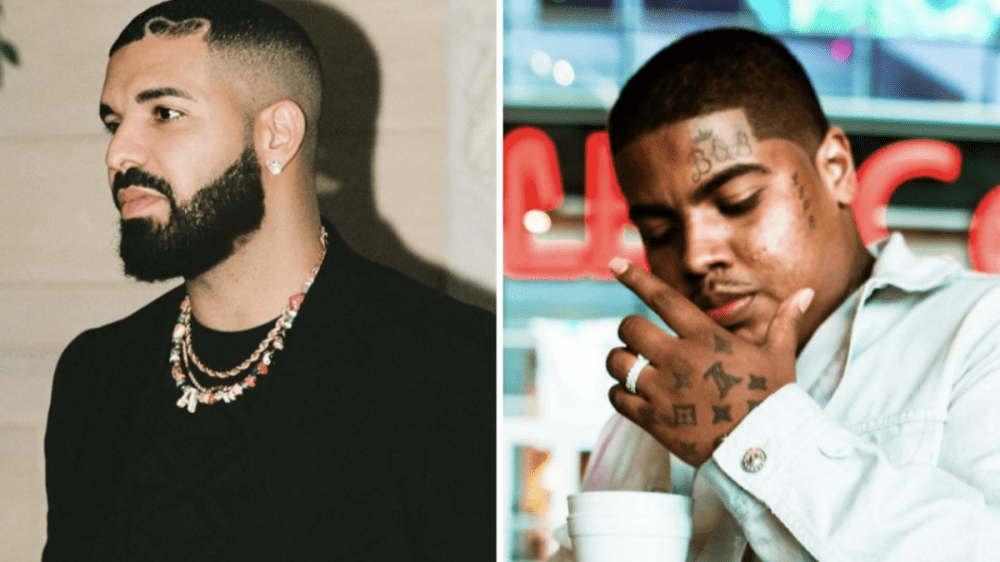 Drake has been known to lend out hit records with features like parents do candy on Halloween. That was the case once again this week, when the 6 God helped the latest OVO Sound signee, Smiley, earn his first Billboard Hot 100 placement with “Over the Top.”

The Tay Keith-produced track debuted at No. 57 on this week’s Hot 100 chart. This marks the duo’s second collaboration after connecting on “Organization” in 2020. Drake listed Smiley’s Buy. or. Bye project as one of the inspirations for Scorpion.

On the record, Drizzy handles chorus duties where he brags about his Nike deal and why they continue to pay him the big bucks on lucrative deals.

Akademiks, a noted Drake superfan, joked about how the 6 God hooked his OVO Sound artist up with a “stimulus package” to notch him his first hit.

In an interview with Complex, Smiley detailed how Drake has kept tabs on him since 2014 and their relationship only grew from there.

He continued, “Probably a couple months later I got sentenced for a gun charge and stuff. And then while I was in jail, he messaged my Instagram account and just gave me a long message saying he fucks with the movement, he likes my music and stuff. And then a couple weeks later while I was still in jail he dropped the Scorpion album. The day after he dropped it, he wrote his inspirations for the album and he put my album Buy. or. Bye on there. And then from there, we just built our relationship.”