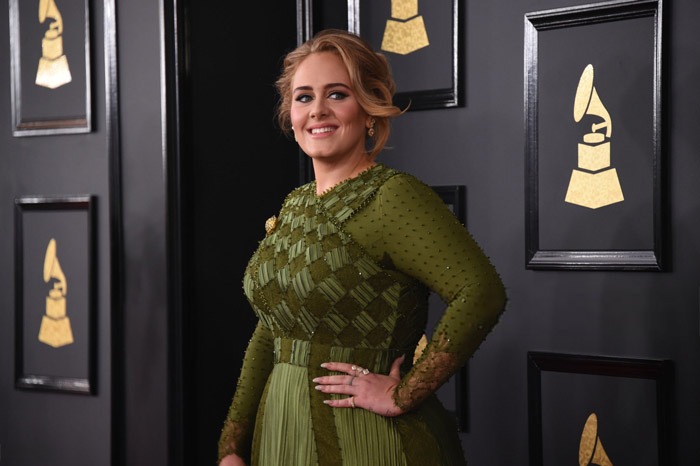 It’s been over four years since Adele’s last album, but the wait will soon be over.

The singer has revealed that her next album is due in September. She made the announcement while officiating the wedding of her best friend Laura Dockrill and former Maccabees member Hugo White over the weekend.

At one point during the party, she told guests to “Expect my album in September.” She also serenaded the bride and groom with a performance of “Rolling in the Deep,” as well as covers of Beyoncé’s “Crazy in Love,” Spice Girls’ “Spice Up Your Life,” and Candi Staton’s “Young Hearts Run Free.”

The singer was filmed saying “expect my album in September” at her friend’s wedding party. pic.twitter.com/Zj0Ir76W2z

Adele’s last album 25 was released in November 2015 and sold 3.38 million copies in the U.S. in its first week. On her 31st birthday in May, she reflected on the past year of her life. “30 tried me so hard but I’m owning it and trying my hardest to lean in to it all,” said Adele, who split with her husband Simon Konecki after more than 7 years together. “Bunch of fucking savages, 30 will be a drum n bass record to spite you. Chin up eh.”

Fans have been patiently waiting for new music from the singer. Last month, her manager Jonathan Dickins told Music Week that the album is coming this year. “The sooner the better,” said Dickins.

This is 31…thank fucking god 💀 30 tried me so hard but I’m owning it and trying my hardest to lean in to it all. No matter how long we’re here for life is constant and complicated at times. I’ve changed drastically in the last couple years and I’m still changing and that’s okay. 31 is going to be a big ol’ year and I’m going to spend it all on myself. For the first time in a decade I’m ready to feel the world around me and look up for once. Be kind to yourself people we’re only human, go slow, put your phone down and laugh out loud at every opportunity. Learning to REALLY truly love yourself is it, and I’ve only just realized that that is more than enough. I’ll learn to love you lot eventually 😂 Bunch of fucking savages, 30 will be a drum n bass record to spite you. Chin up eh ❤️