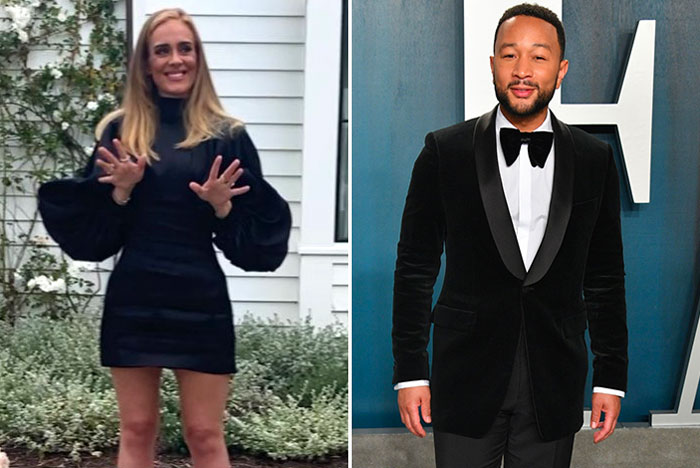 Adele is “pouring her heart and soul” into her upcoming album.

The pop icon has reportedly enlisted R&B powerhouses John Legend and Raphael Saadiq for her highly-anticipated fourth album, which is said to have a more “eclectic” sound.

“Adele is ­pouring her heart and soul into this record, ­including how she feels post-divorce,” an insider told The Sun.

The Grammy-winning songstress, who split from her husband Simon Konecki last year, has been a longtime fan of Saadiq and hired him to “oversee” the album. The legendary singer-songwriter-producer has worked with Whitney Houston, Solange, and Mary J. Blige, and most recently executive produced John Legend’s new album Bigger Love.

“She’s been a fan of Raphael since she was a teenager and loves his back ­catalogue,” adds the source. “She wants her next album to be full of soul, with a more eclectic sound.”

Adele and Legend are also reportedly planning a collaboration and have already laid down some initial tracks in the studio.

The long-awaited follow-up to 2015’s 25 was originally due in September, but has been delayed due to the COVID-19 crisis. “It isn’t coming in September, it’ll be ready when it’s ready,” said Adele’s manager Jonathan Dickins. “I can’t put a date on that yet. We have music, but we’re still working.”

Adele recently addressed the delay when asked by a fan on Instagram if the album was dropping today. “Of course it’s not. Corona ain’t over. I’m quarantining. Wear a mask and be patient,” she responded.

.@Adele tells fans to be “patient” for her new album:

“Corona ain’t over. I’m quarantining. Wear a mask and be patient ♥️” pic.twitter.com/2jq6kMuj75