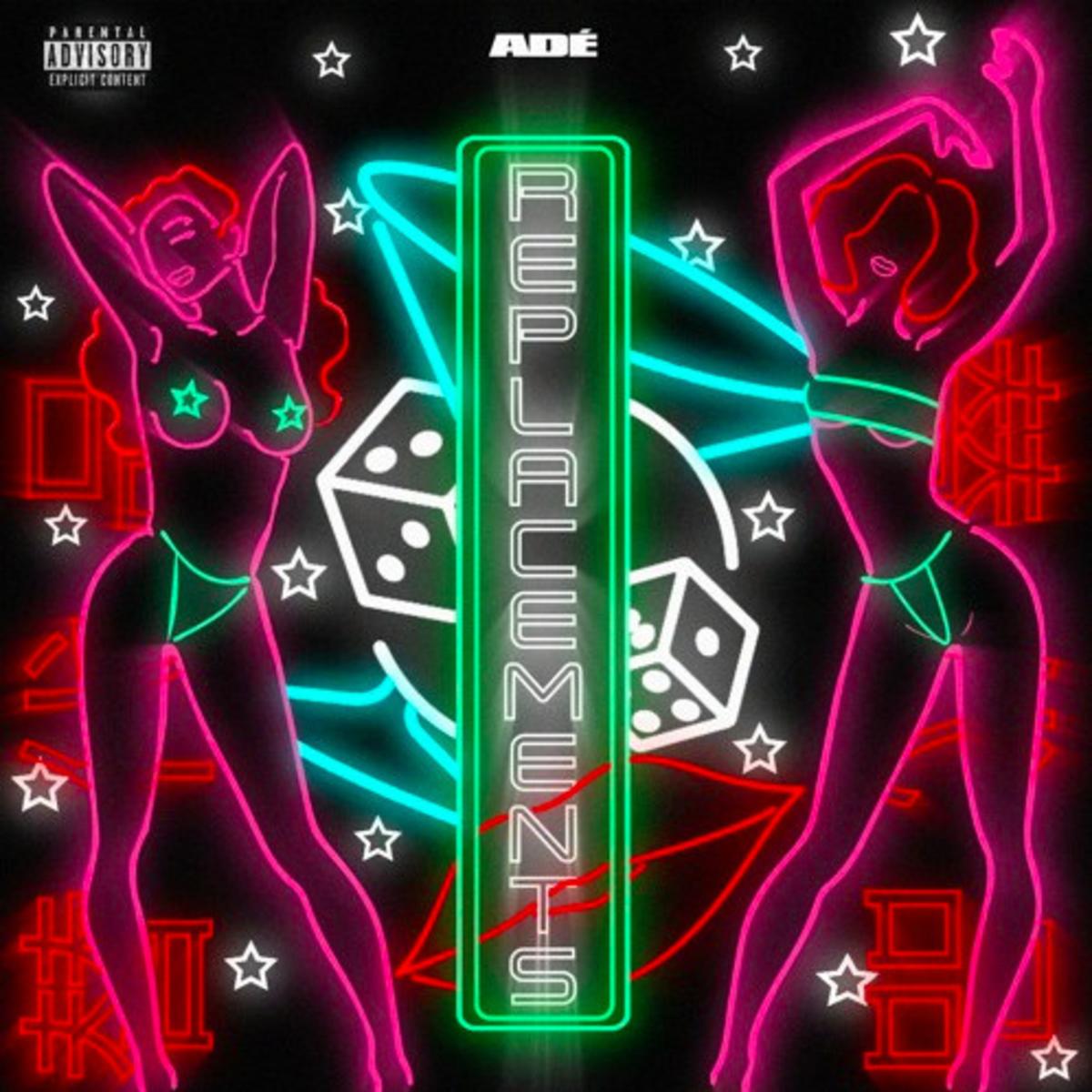 On the track, a buoyant beat bounces along with the MC's catchy and clever rhymes. He locks into a fiery flow before delivering the chantable refrain, "Call me young Keanu, I keep replacements" and adding, "I just took what's mines, I never chased it." The accompanying music video reflects this lighthearted vibe. Passing the "After Hours" club sign, ADÉ slides into a convenience store where the after party pops twenty-four-seven. Donning shades, he cruises up and down the aisles, captivating partygoers and serving up one bold bar after another like only he can.

The song drops hot on the heels of previous track "DON'T CRY" [feat. Trevor Jackson], which sets the stage for the release of his forthcoming EP, wyd after?, arriving Friday, May 15. An acronym for "What you doing after?", the project threads together a nocturnal narrative that plays out like a movie. The EP unfolds with a story of the after-after party, nostalgic for a time when these experiences could happen, IRL.

"I live a lot of my life at nighttime," ADÉ explains. "All of the most interesting things happen at night. When I was recording this past year, I realized the music told these stories. Usually when we're leaving an event, I come to a crossroads. Somebody texts me 'wyd after?', and that determined how my night will go. Nightlife is a big part of the culture in the DC area where I'm from, so this came naturally."