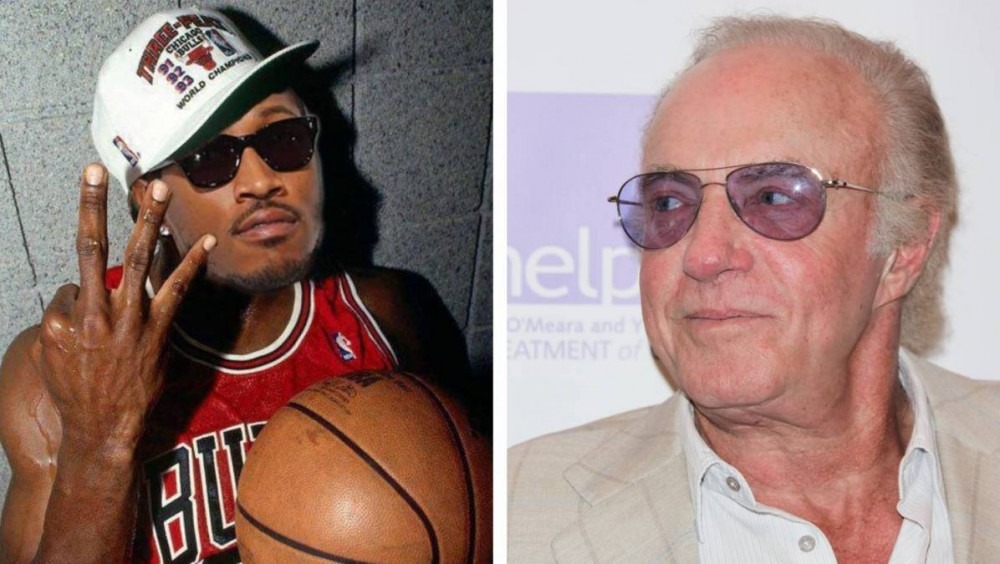 Spotify’s RapCaviar struck a nerve with Hip Hop heads worldwide this week when they brandished an incomplete “Mt. Rapmore” photo, leaving fans to fill in the blank.

While Nicki Minaj gave LeBron James play-hell for selecting Future as his pick, she’ll have to take issues up with veteran actor James Caan – who said exactly the same thing.

“Future? End of tweet,” the 81-year-old thespian wrote on his retweet of RapCaviar. When a fan noted his credentials to speak on the matter, he responded with a strong arm emoji.

Although James Caan is far from a frequent face in the Hip Hop ecosystem, purists and audiophiles alike know his son, decorated actor Scott Caan, was one-half of the short-lived 1990s Hip Hop group The Whooliganz.

The other half? A Grammy-nominated producer by the name of The Alchemist.

In a 2019 interview with his former tour leader B-Real of Cypress Hill, The Alchemist recalled his stint as a roadie that would go on to inspire his own legendary career.

“A lot of people don’t know but when we were 14 years old, we were hanging out with you, me and Scott [Caan]. You guys … Cypress Hill, House Of Pain, being part of Soul Assassins was a big fuckin’ deal, and that was the first time I ever got to see someone make a beat, the first time I got to see anyone with a drum machine. I remember T-Ray, you, [DJ] Muggs, [DJ] Lethal, [DJ] Ralph M, that’s where I first saw that you could even do this shit.”

Revisit the deep dive interview below.