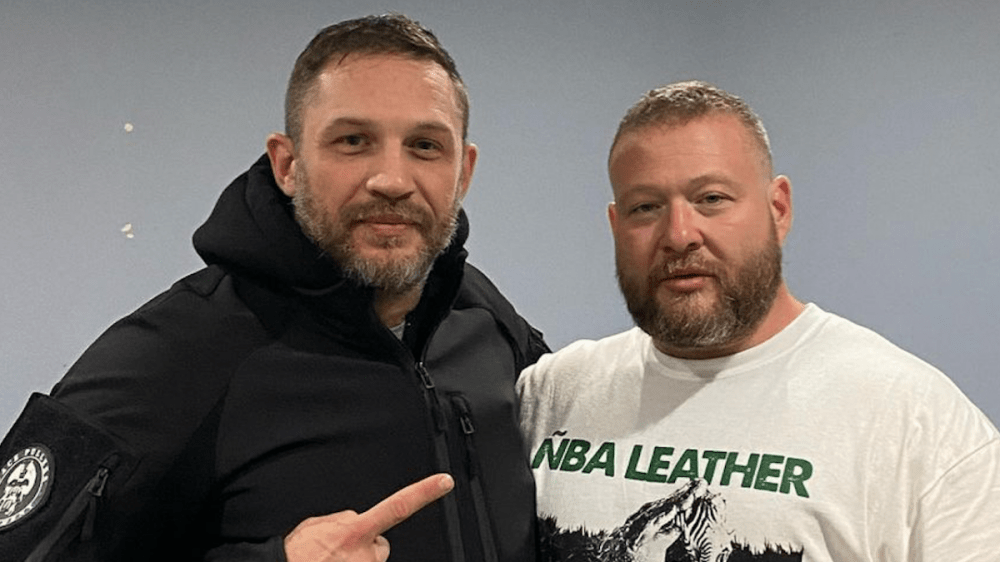 London, England – Action Bronson is currently touring across Europe with Earl Sweatshirt and The Alchemist in support of his latest album, Cocodrillo Turbo. During his London show at the O2 Academy Brixton on Tuesday (May 31), Oscar-nominated actor Tom Hardy was in attendance.

Following his performance, Bronson took to Instagram to share a backstage photo with the Venom, Dark Knight Rises and Revenant star, writing in the caption, “THE CHUBBY ONE AND THE REAL ONE. LONDON 22. MEN.”

According to a fan who attended the London concert, Tom Hardy left by hopping on a motorbike outside the venue and disappearing into the night.

“I really did just witness Tom hardy walk ou of action bronson and hop and a motorbike and jet,” the person wrote on Twitter.

Action Bronson previously called Tom Hardy his “idol” in 2016 and went on to meet him at the UFC 217 fight between Michael Bisping and Georges St-Pierre at New York’s Madison Square Garden in 2017.

The fandom goes both ways, though. In 2015, Tom Hardy recorded a Dubsmash of himself rapping along to lyrics from Action Bronson’s “Action Silverado,” which appeared on 2013’s Blue Chips 2 mixtape.

“Let me begin baby, my name is Bronsolino,” he raps in the clip. “All I see is C-notes, silk shirts at the casino.”

Tom Hardy is my idol.

Because you all need to see Tom Hardy performing @ActionBronson's Action Silverado. pic.twitter.com/PW3aD90YWK

Tom Hardy even made an appearance as a narrator in Action Bronson’s “Golden Eye” music video in 2020, reading a passage from Olaf Stapledon’s 1932 novel, Last Men in London.

“The story of your species is indeed a tragic story, for it closes with desolation,” he reads. “Your part in that story is both to strive and to fail in a unique opportunity, and so to set the current of history toward disaster. But think not therefore that your species has occurred in vain, or that your own individual lives are futile.”

The British actor was also mentioned at the end of Action Bronson’s “Bonzai” from 2017’s Blue Chips 7000 project.

“Seen Tom Hardy on the street a few weeks ago,” the outro says. “Tom Hardy knew what a real cowboy was. Jimmy Page and Led Zeppelin were the last ones with this much sauce.”