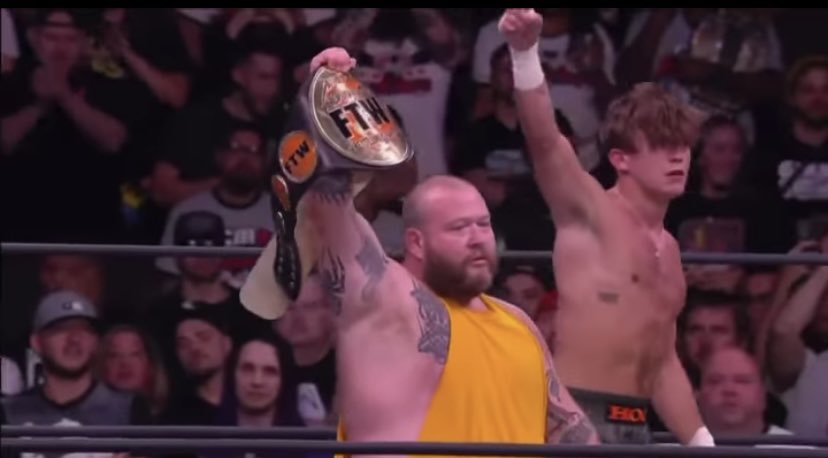 Action Bronson quite literally can do it all. The New York Rapper made his professional debut this past weekend, throwing around members of the All Elite Wrestling roster at their All Out PPV.

Bronson was a part of AEW’s FTW championship match between Hook and Angelo Parker. Hook was getting jumped on by Parker, and another wrestler and Bronson hopped in, helping Hook to a victory.

“I’VE SEEN ENOUGH,” Bronson wrote on Instagram. “COWARDLY ATTACKS AGAINST MY BROTHER @730hook WILL NEVER GO DOWN ON MY WATCH. IM OUT FOR BLOOD. @officialtaz13 @aew.”

Earlier this year, Action Bronson released a new album, Cocodrillo Turbo, as well as an eleven-minute short film, Spirit Crocodile, through Loma Vista Recordings. The short film, directed by Jason Goldwatch, delves into the essence of the Cocodrillo Turbo and why the reptile is crucial to Bronsolino’s technique. As music from the album serves as a soundtrack, the images and film are viewed through the prism of psychedelia.

Speaking with The SOURCE, Bronson stated the album is “everything taken to the next level.” He added, “I want 10 Grammys all coming from this album.”

You can hear it all and watch the short film below.