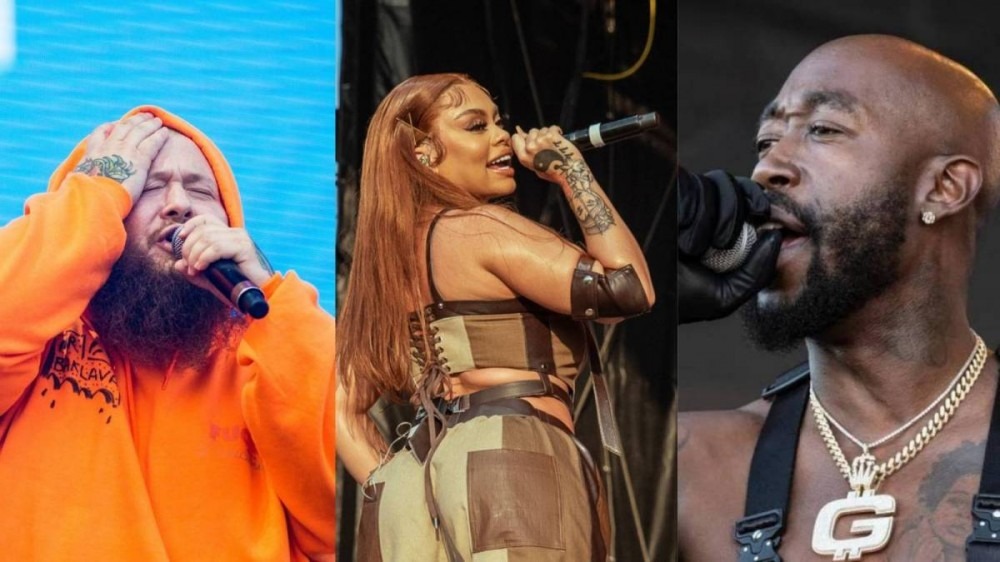 As long as surging COVID-19 cases and the highly contagious Omicron variant doesn’t send the United States spiraling back into a complete lockdown over the holiday season, music fans have a healthy lineup of tours to look forward to next year.

In addition to the presale for ticket packages for the 10th anniversary BUKU Art + Music festival, ticket sales for upcoming live show circuits in 2022 from artists such as Action Bronson and Earl Sweatshirt, Freddie Gibbs and Latto all dropped Friday (December 17).

Peep the details on the upcoming tours below.

After spending the majority of the year getting in shape and losing an impressive amount of weight, Action Bronson is ready to test his stamina on stage.

In a pair of Instagram posts on Friday, the Fuck That’s Delicious host announced the ÑBA Leather World Tour, which he is co-headlining with Earl Sweatshirt, and shared a message with fans along with a brief awkwardly funny promotion for the tour.

“PROUD TO PRESENT *ÑBA LEATHER TOUR* FEATURING EARL SWEATSHIRT – AL CHEMISTRY AND BOLDY JAMES INCLUDING MYSLEF,” he wrote in the caption of one posts. “STAY TUNED FOR MORE ON THIS EPIC CLASH OF MINDS TOUR. PRESALE link in bio.”

Though Action Bronson hasn’t released an album this year, he has yet to hit the road in support of his 2020 project Only For Dolphins.

On the other hand, The Alchemist and Boldy James just shared their new Super Tecmo Bo collab following their joint-effort Bo Jackson album from this past August, and Earl Sweatshirt is poised to begin the rollout of his forthcoming release Sick in time for the tour.

Queen Of Da Souf rapper Latto is also hitting the road for an extensive run next year.

Building on the strength of her “Big Energy” single, which serves as her highest Billboard debut  to date, occupying the No. 69 spot on radio on charts, Latto will serve as the headlining act on the Monster Energy Outbreak tour in 2022.

.@Latto’s “Big Energy” is officially Top 5 on US Rhythmic Radio (Mediabase) becoming her first song to do so.

In a press communication from Monster, Latto expressed her excitement, remarking on how eager she is to “let loose and have some fun,” during the tour.

“Monster Energy Outbreak Tour has backed a lot of big artists in the beginning stages of their careers so I’m super excited to work together,” she told Monster. “It’s been a tough year for a lot of people so I’m looking forward to letting loose and having some fun.”

Freddie Gibbs recent physical altercation with Jim Jones in Miami appears to have already become an afterthought for the Grammy-nominated lyricist.

Freddie Gibbs is also in the midst of working on his SSS album, which he is confident is a strong candidate for “best album of the year.”

New York & Boston sold out in 5 minutes so we added a 2nd show pic.twitter.com/i3CUveCTkv

May 26 – Indianapolis, IN @ Deluxe at Old National Centre +