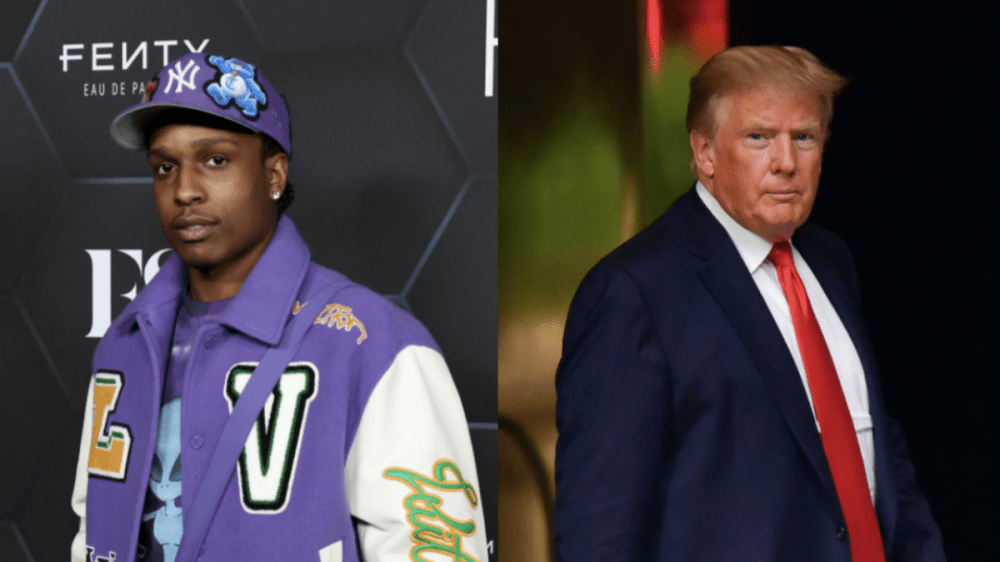 Nobody will ever forget former President Donald Trump’s famous “Get home ASAP, A$AP” tweet following the release of A$AP Rocky from Swedish prison in August 2019.

Details of what led to Rocky regaining his freedom are still leaking out as Sweden’s Justice Minister revealed earlier this week that Donald Trump allegedly used bullying tactics to gain leverage by threatening to wage trade restrictions against the country.

“If you can try and do something like this against Sweden, what will you then try and do to slightly weaker countries that don’t have the European Union behind them?” Minister of Justice Morgan Johansson allegedly stated.

Trump reportedly approached the European Commission looking for their support at the time when it came to freeing Rocky.

A$AP Rocky was involved in a brawl outside a Sweden fast-food restaurant on June 28, 2019, which saw him and his two bodyguards rough up a fan that was following them. Rocky faced up to two years in jail after being charged with assault causing actual bodily harm.

Rocky was facing up to two years in jail for the June 28 incident, but his temporary release after the trial ended on August 2 indicated he would be found not guilty or sentenced to time served. It turned out to be the latter as he was found guilty, but not sentenced to more jail time.

Trump fought for Rocky’s release to no avail at first, which stemmed from a conversation with Kanye West, who put him on to Rocky’s struggles overseas.

“A$AP Rocky released from prison and on his way home to the United States from Sweden,” Trump tweeted on August 2, 2019. “It was a Rocky Week, get home ASAP A$AP!”

It was a full-circle moment when Rocky returned to Sweden in December 2019 for his first performance since being released from custody.