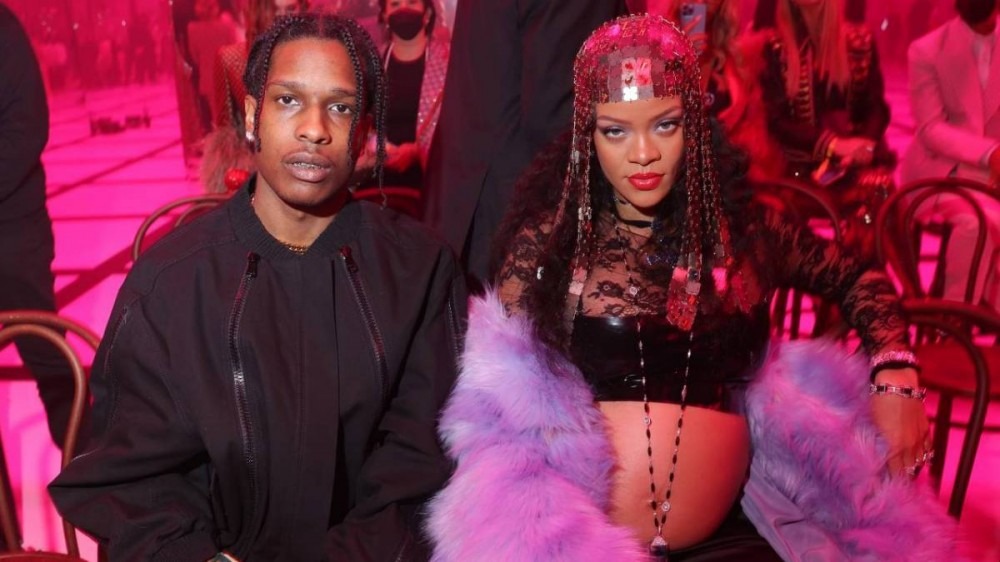 Creative Director #AlessandroMichele was captured backstage at the #ExquisiteGucci fashion show in Milan alongside @rihanna and #ASAPRocky, both wearing pieces by Gucci including gloves from the #adidasxGucci collection. #MFW #Rihanna

As for the soon-to-be parents’ attire, Rocky kept things simple with a black graphic tee and matching bomber jacket while rocking a gold chain and carrying a Gucci suitcase. RiRi let her pregnant baby bump hang out while accessorizing with a purple fur coat, shiny headdress and black latex top.

“Right now I’m really into pushing the idea of sexy,” Rihanna told Refinery29 regarding her maternity fashion. “When women get pregnant, society tends to make it feel like you hide, hide your sexy, and that you’re not sexy right now [but] you’ll get back there and I don’t believe in that shit.”

RiRi and the Harlem native went public with their pregnancy reveal in late January with a series of photos showing off Rihanna’s bump.

Although, the “Cockiness [Remix]” collaborators weren’t the only two celebrity artists in attendance. Footage emerged of Gunna linking up with emerging rhymer Yeat at the Gucci show as well. The YSL rapper guested on Yeat’s “Rackz Got Me,” which landed on his February 2 Alive album.