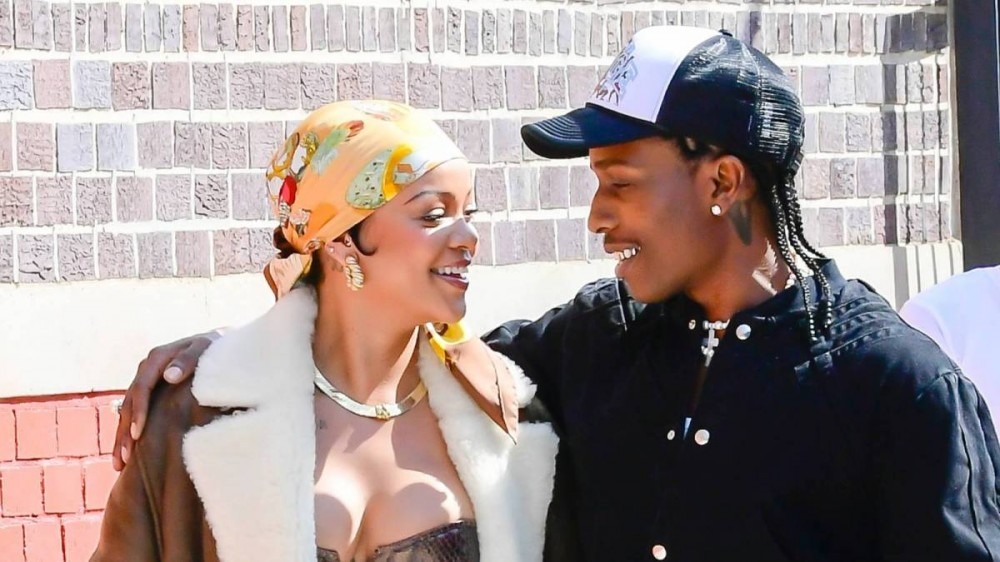 New York, NY – A$AP Rocky and Rihanna are making their rounds this summer, building a strong case for Hip Hop’s “It couple” of the year each outing.

Both Rocky and Rih Rih went viral on Sunday (July 11), after multiple video clips surfaced of the pair boo’d up and shooting several different scenes for an apparent visual in New York City.

In one of the more popular clips that have circulated, Rihanna posts up outside of what appears to be a detention lock-up of sorts, awaiting A$AP Rocky’s release — upon which they embrace and onlookers shower them with ooh’s and ahh’s.

In the process of filming, Rocky took a moment to hang out and greet the children on the block and buy out the neighborhood ice cream man for the kiddos to enjoy icees and coquito’s on A$AP Mob’s dime.

ASAP Rocky and Rihanna in the Bronx, and ASAP out here buying coquitos for everyone 😂 #asaprocky #Rihanna pic.twitter.com/2o2BYULlUc

It’s unclear if footage from this particular shoot will end up becoming a part of the rollout for A$AP Rocky’s upcoming All Smiles album, the Harlem-bred MC has made it a point to credit his partner and muse with her influence on the follow-up to his 2018 Testing release.

In his cover shoot for the June/July issue of GQ, Rocky actually called Rihanna “The one,” and opened up about their relationship.

“The love of my life,” he professed to GQ. “My lady. So much better when you got the One. She amounts to probably, like, a million of the other ones. I think when you know, you know. She’s the One.”

Along with his NYC appearance with Rihanna, A$AP Rocky also recently joined forces with multi-platinum producer Metro Boomin in the studio.

“FEEL THE FIRE @asaprocky,” Metro Boomin tweeted along with a set of photos from their link.