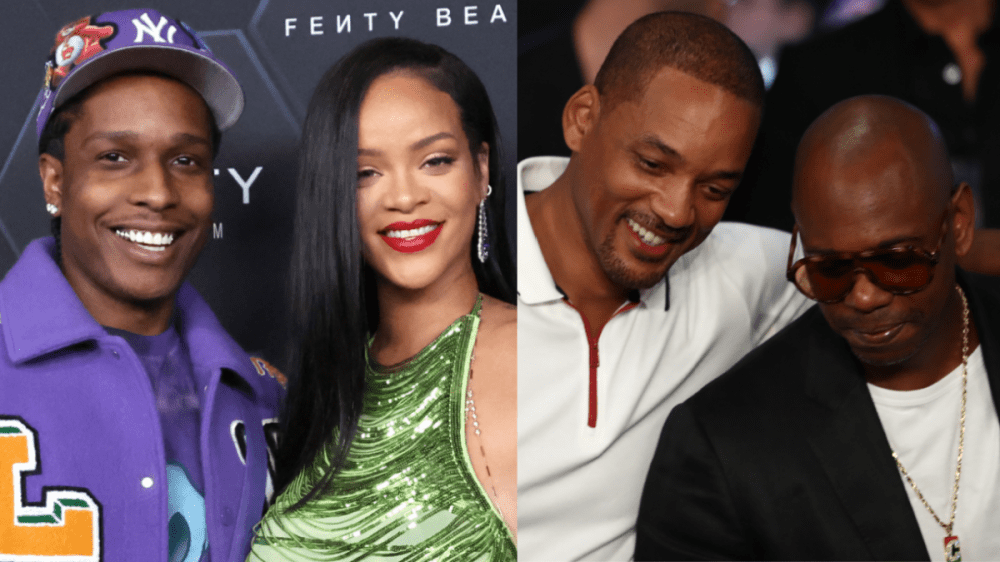 A$AP Rocky and Rihanna were in the presence of some high-profile company when they were invited to an intimate screening of Will Smith’s upcoming film Emancipation.

The screening was held on Monday (October 24) and was hosted by legendary comedian Dave Chappelle, while Tyler Perry, Kenya Barris and others also attended the event.

“EPIC night!! Thanx for coming to see #Emancipation. Hope ya’ll enjoyed,” Will Smith wrote on Instagram while sharing a group photo of the star-studded screening.

“This night was truly one for the books,” added Barris — who created Black-ish and recently executive produced Kid Cudi’s animated Netflix series Entergalactic, on his own Instagram page.

“An amazing and brilliant group of friends got together and witnessed TRUE ART. The conversation after was the effect of what anything and everything we as creatives do in this industry hope for. Love you @willsmith and thank you for hosting @davechappelle.”

Emancipation tells the story of a slave named Peter (played by Will Smith) who embarks on a journey to gain his freedom. Led by his wits, unwavering faith and devotion to his family, Peter’s long and arduous trek finds him avoiding slave catchers and more in the swamps of Louisiana.

The film is inspired by the famous 1863 photo of “Whipped Peter,” an enslaved man who joined the Union Army in hopes of being reunited with his family. The picture of the man with his back badly bruised from whippings helped bring attention to the brutalities of slavery and helped white Northerners stand against it.

Emancipation is set to hit theaters on December 2, followed by a December 9 streaming release on Apple TV+. It marks Smith’s first acting role since his infamous slap on Chris Rock at the 2022 Oscars in March.

Going to special movie screenings isn’t the only thing A$AP Rocky and Rihanna do as a couple. Date night has been a thing between them since they went public with their relationship last year. In June 2021, a bouncer surprisingly turned the couple down when they were trying to enter a club.

They were spotted out and about in New York City again this past summer, a few weeks after Rihanna gave birth to their baby boy. Since the child was born, both Rocky and Rihanna have been seen standing by each other’s side at festivals and other public outings.