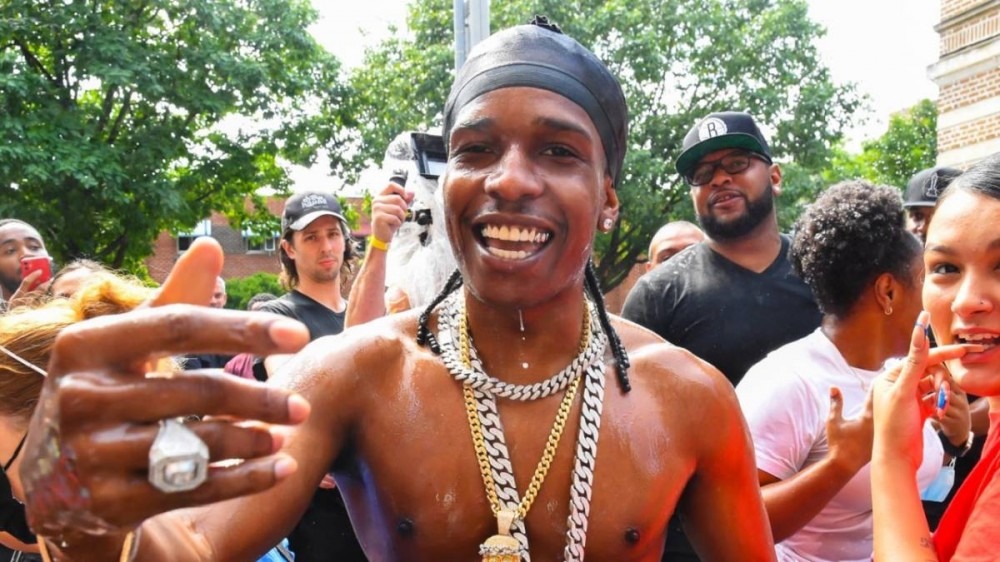 A$AP Rocky is a man of the people as he’s always going back to his old neighborhood in Harlem, New York. On Tuesday (November 2), a clip circulated online of Rocky’s funny interaction with a fan outside a store in New York City.

The clip finds Lord Pretty Flacko inside the store as fans outside try to get his attention. One fan can be heard in the video talking about his messy braids which led to the hilarious moment.

“I’m fucked up my shit ugly bro I’m not going to lie,” the fan said before A$AP Rocky stepped outside to ask him what he said as if he had a problem.

The fan repeated, “Can I get the durag? My shit ugly right now bro.”

Rocky took the piece off his head and handed it to the unsuspecting fan, who then held the durag with the tightest grip that he could. The fan couldn’t believe what was happening as he turned his phone to show his stunned expression as people cheered for him in the background.

Fans are being treated to A$AP Rocky sightings all over the city. Last weekend, Rocky bumped into actor/comedian Andy Milonakis and engaged in an impromptu freestyle on the sidewalk.

“I’m eating Lunchables with Cliff Huxtable, watch your drink/I don’t give a fuck, I’m all about that pink/I put two in the pink one in the stink like the shocker of B.A. Baracus/I came to rock ya, handling bitches’ titties like maracas,” Milonakis rapped.