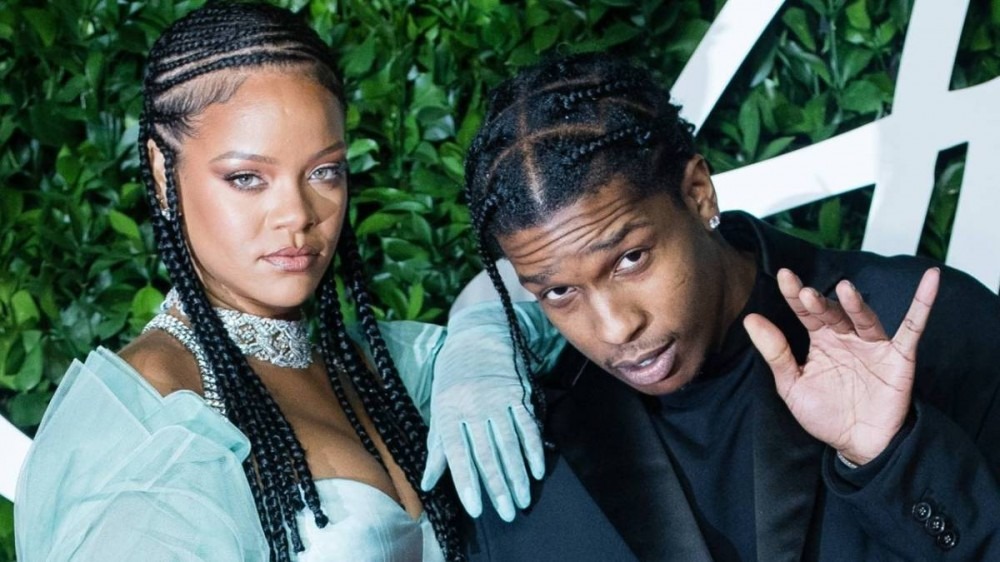 The picture finds the A$AP Mob co-founder sitting on a couch rhyming in front of a microphone with a Los Angeles Lakers hat on with the super-producer right next to him.

It’s unclear if A$AP Rocky is recording a feature or still working on his anticipated All Smiles album, which he’ll have a lot more content to talk about with a child on the way.

Multiple nights throughout January, Rocky was spotted in the studio across Los Angeles alongside Kanye West and NFL star Antonio Brown.

Ye in the studio with ASAP Rocky last night (1.11.22) pic.twitter.com/9PXF5etIya

There was also a clip from one of the studio sessions where the Harlem native hinted at Rihanna’s pregnancy when Rocky pointed with six fingers and then used his arms in a baby cradling motion.

Rihanna and A$AP Rocky went public with news they’re expecting their first child together earlier this week. RiRi showed off her growing baby bump with a maternity shoot in Harlem done by photographer Miles Diggs.

Rumors of the Barbados singer’s pregnancy surfaced in November but RiRi attempted to deny the reports. RiRi and Rocky have been dating since the fourth quarter of 2020.