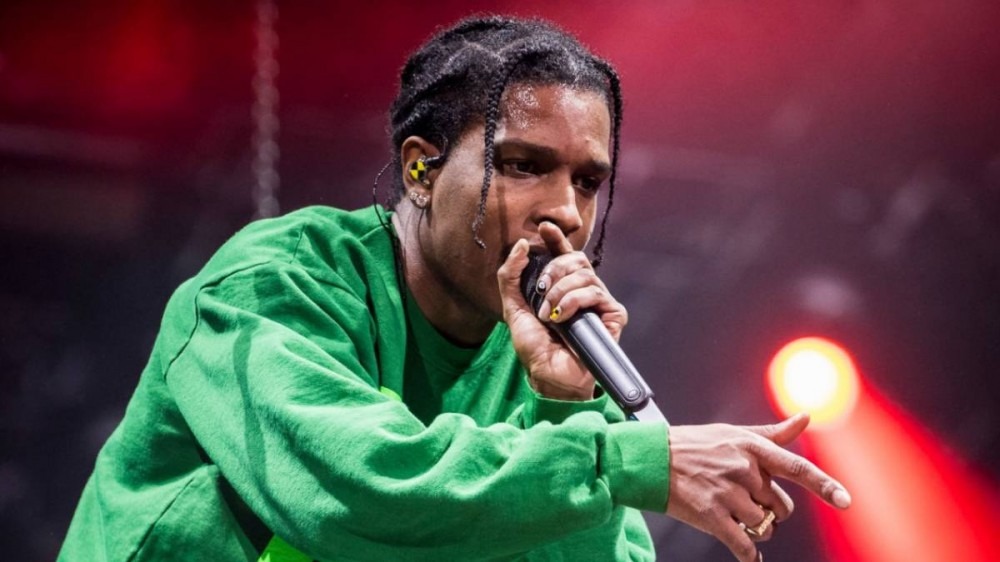 A$AP Rocky is taking his sweet time releasing new music, much to the ire of his fans. Despite the long wait, Rocky helped tide his fans over with an impromptu freestyle with an unexpected rap partner.

Over the weekend, A$AP Rocky linked up with actor/comedian Andy Milonakis for a quick chill session on a New York City sidewalk. While the two were catching up, they decided to engage in freestyle cypher that has fans buzzing on social media.

“I’m eating Lunchables with Cliff Huxtable, watch your drink/I don’t give a fuck, I’m all about that pink/I put two in the pink one in the stink like the shocker of B.A. Baracus/I came to rock ya, handling bitches’ titties like maracas,” Milonakis rapped, causing Rocky and his entourage to laugh.

Here’s a longer clip from last night when I did a cypher with ASAP Rocky pic.twitter.com/Wx1dN0pFU5

The quick exchange drew all sorts of reactions from people on social media. Juicy J approved the freestyle, praising Milonakis’ Cliff Huxtable line. The Three 6 Mafia legend is clearly a fan of the slick metaphor Milonakis dropped about Bill Cosby and the sexual assault allegations he’s faced in recent years.

In other news, A$AP Rocky released his debut mixtape Live.Love.A$AP on streaming services for the first time on Friday (October 29) to coincide with its 10th anniversary. The commercial version features a brand new song called “Sandman,” although a handful of tracks from the original trackist are missing including the A$AP Ferg-assisted “Kissin’ Pink.”

Looking ahead, A$AP Rocky is currently working on his fourth studio album, tentatively titled All Smiles, which could feature contributions from Metro Boomin and The Neptunes.