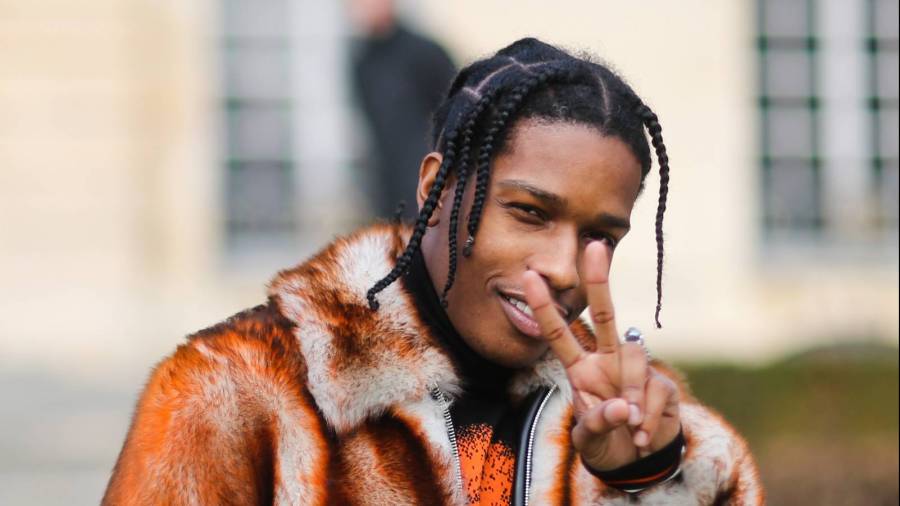 It’s been a while since A$AP Rocky released new music, and his fans have been anxiously waiting for the next installment. On Thursday (December 10), the highly-anticipated video game, Cyberpunk 2077, dropped, and fans of the A$AP Mob leader can rejoice as he has a brand new song on the soundtrack for the game.

The untitled song is found on The Dirge radio station within the game and a Reddit user was quick to record the song the minute it came on. It has Rocky laying down a bouncy flow all over atmospheric production fit for a futuristic action-adventure game like Cyberpunk 2077. He raps about his frequent use of drugs, fashion sense and riches, but most importantly, Flacko touches on a subject that fans have gotten on him for years.

“Man, when I was younger, I wished that I was light-skinned/now wouldn’t trade the world for my skin,” Rocky spits on the track. “I surpassed what you could do inside your lifespan/so just give me a little credit like a white man.”

Fans on social media have been praising the new record and asking when the new song will be available. Unfortunately, the new track is not on streaming platforms, and there is no word on whether the creators of Cyberpunk 2077 plan on releasing the soundtrack.

Rocky discussing his issues with colorism and self-hatred in a song is a step-up for the Harlem rapper. He caught some heat in 2013 for saying black women shouldn’t wear red lipstick and made some controversial remarks towards the Black Lives Matter movement in 2015. Rocky said he couldn’t relate to any of the issues happening in Ferguson at the time because he lived in Beverly Hills.

“I did not sign up to be no political activist,” he said in the feature with TimeOut. “I wanna talk about my motherfuckin’ lean, my best friend dying, the girls that come in and out of my life, the jiggy fashion that I wear, my new inspirations in drugs!”

“I don’t wanna talk about no fucking Ferguson and shit because I don’t live over there! I live in fucking Soho and Beverly Hills. I can’t relate. I’m in the studio; I’m in these fashion studios; I’m in these bitches’ drawers. I’m not doing anything outside of that. That’s my life,” he added on.

He later clarified that statement in 2016 during an interview with Power 105.1’s The Breakfast Club admitting that he was wrong for that.

WE PROTESTED N DEEZ STREETS, NO PRESS ,NO CAMERAS ,NO INSTAGRAM .NOT 4 NO BRAGGIN RIGHTS OR PHOTO OPPS, SHIT WAS JUST GENUINE. 4 ONCE ITS LIKE DA WHOLE 🌎SHARED THE SAME PAIN, I DONT POST MY EVERY MOVE, NOT MY THING BUT WE FAR FROM SILENT N ITS STILL FUK12!

On top of speaking on issues through new music, Rocky’s name is popping up in headlines for his love life. PEOPLE magazine put out a report on November 30 confirming his new relationship with Rihanna after months of speculation.

Rumors of the two getting together sparked up after Rihanna broke up with her boyfriend of three years Hassan Jameel in January. The rumors got hot again in November when paparazzi spotted Flacko and Rih Rih having dinner with friends and walking the city streets together in New York City.