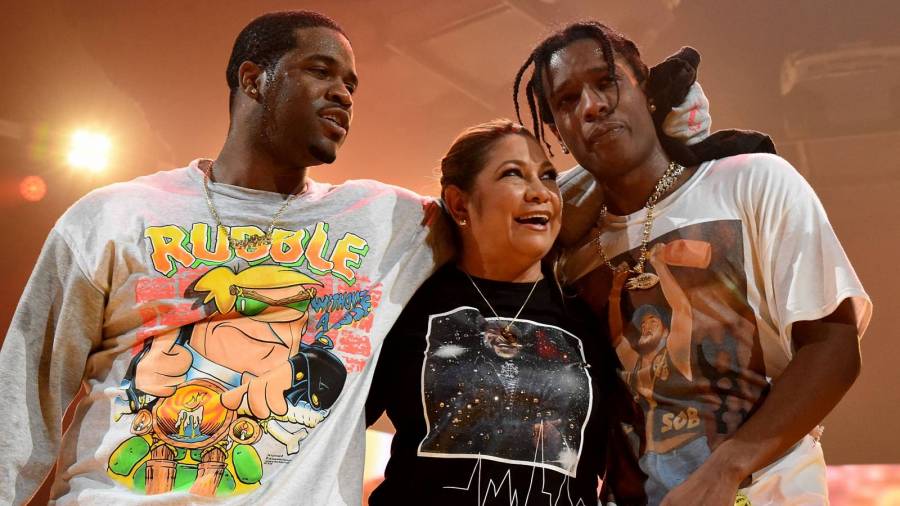 Harlem, NY – Fans of A$AP Mob had good reason to be excited on Monday night (January 4) when various members of the collective posted videos of them reunited and taking part in a freestyle session. As obvious hopes for a follow-up to 2017’s Cozy Tapes Vol. 2: Too Cozy began circulating online, the crew has now confirmed something is in the works.

The Mob took to Twitter and Instagram early Thursday morning (January 7) to post a photo of them outside in Harlem with late group founder A$AP Yams’ mother standing in the middle.

“GOT SOMETHING SPECIAL ON THA WAY,” the collective wrote across their social media pages. “#YAMMYGANG.”

Yams’ mom Tatianna Paulino also posted the same photo on Instagram with the caption, “Yesterday was AMAZING.” The photo was taken on the set of A$AP Mob’s new video shoot after clips surfaced of them all rapping on the rooftop of a deli and Chinese restaurant.

January 18 marks the day Yams passed away in 2015 and would usually see the group come together for the annual Yams Day concert, but the COVID-19 pandemic has prevented them from announcing any kind of event. Based on the Yams association and comments from A$AP Ferg, it looks like something could arrive on that date.

“We outside man,” Ferg said in a clip. “Happy Yams Day. We got something. Stay tuned.”

A$AP Mob has clearly put past issues behind them after A$AP Illz claimed Ferg was no longer part of the group in August.

“Y’all rather have a n-gga who’s not even halfway on my level around just cause he a Yes man and do whatever you want at the snap of your fingers sit goofy,” he said at the time. “Ferg aint ASAP NO MORE. sorry guys. that n-gga burnt out, songs dumb trash. mr anthem can’t get right.”

Ferg maintained he could never be kicked out of the group due to their long history together and how much money he’s made for them.

“I’m definitely one of the leaders,” he said. “That could go without being said. You can’t kick me out of something I helped build. I brought millions and millions of dollars and fed families through my voice and my ideas… I bring equity into the brand. I mean, that’s like the carpenter. You can’t kick the carpenter out and expect for the house to have a roof.”