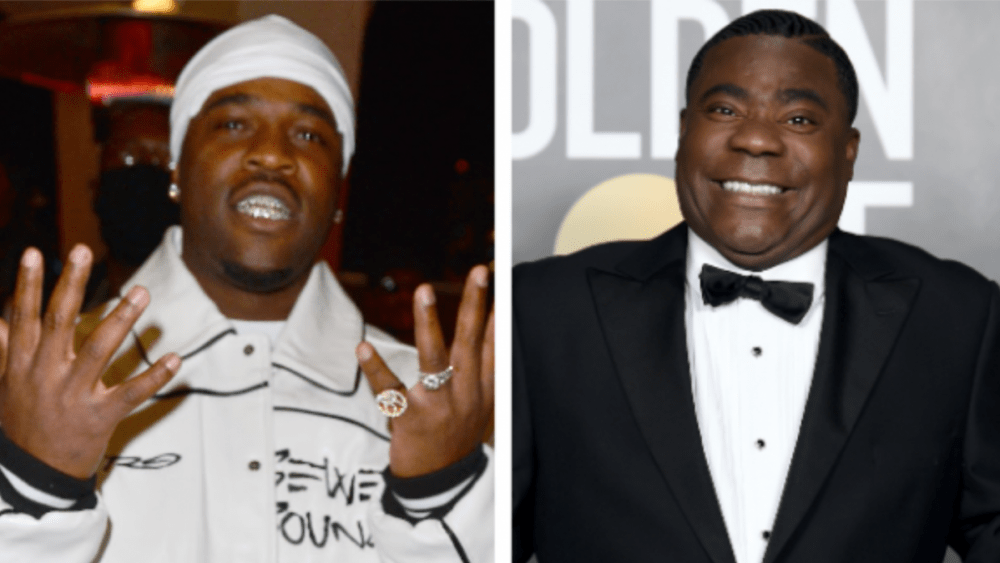 A$AP Mob has long been compared to Wu-Tang Clan due to being a large Hip Hop collective out of New York City, but Tracy Morgan thinks A$AP Ferg is similar to one particular member.

The Harlem rapper took to his Instagram Stories on Thursday (March 11) to share a video of the veteran actor cruising around the city with music blasting out of his car. Fresh off starring in Coming 2 America alongside Eddie Murphy and Arsenio Hall, Morgan gave Ferg the highest of compliments by comparing him to late Wu legend Ol’ Dirty Bastard.

“Yo, can I tell you something?” he said. “You the ODB of that group, man. You the heart and soul of that. You know how I feel about you.”

This isn’t the first time Ferg has heard ODB comparisons. During a 2013 interview with Fuse, he explained how he can see the similarities.

“I can see why they would compare me to ODB because my style is not fathered,” he said at the time. “I have an unorthodox style, you never know what’s gon’ happen. I was told that ODB would just walk into people’s sessions, Mariah Carey’s session, like, ‘Let me jump in the booth.’ That’s me! I would do something like that and that’s why I would get the crazy-ass features ’cause I’m not afraid. But everybody is receptive to me, like I’m a warm person, I’m a people person, and I think ODB was that people’s person.”

Morgan’s comments are special given the fact he had a relationship with Ol’ Dirty Bastard. In an appearance on Sway in the Morning last year, the actor told a story about a night out with the late rapper.

“ODB would come see me perform and then me and him would get in the car, in the drop-top and go crazy around New York City,” he said. “Just wildin’. And then one night we hung out ’til like four in the morning. We went to Brooklyn. We went to my mom’s crib and all that. Then we rolled to the city and there was the studio. And we went in the studio and I seen a complete change. He’s business, man. I see the complete change.”

During the early stages of quarantine, Morgan spoke highly of Showtime’s Wu-Tang Clan: Of Mics and Men documentary and talked about his history with the Staten Island crew for Esquire.

“What I’ve been watching every day straight is the documentary about Wu-Tang Clan,” he revealed. “It’s about Wu-Tang, how they got started, where they come from, their roots. And I connected with it. And I thought it was awesome. Tell you something, I’m Wu for life. Understand that—I’m Wu for life.”

He continued, “And I started with Wu-Tang. When they started, I was on a show on Fox TV called Uptown Comedy Club, and they performed on there and that’s where we all met. We all started together. I didn’t know they were special. Nobody knew I was special. Nobody knows tomorrow. I’m just glad they’re here.”

Morgan previously appeared on Method Man, Ghostface Killah and Raekwon’s “How to Pay Rent Skit” off their 2010 collaborative album Wu-Massacre.