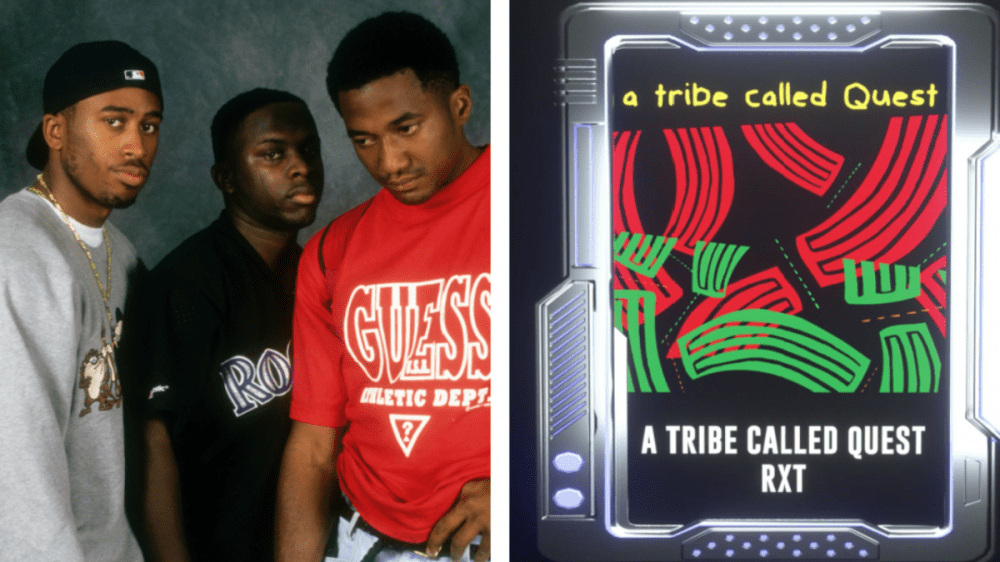 A Tribe Called Quest have given a lucky bidder the chance to be part of their history forever with a non-fungible token.

On Thursday (July 1), the group sold an NFT for royalties to classic albums such as 1990’s People’s Instinctive Travels and the Paths of Rhythm, 1991’s The Low End Theory, 1993’s Midnight Marauders, 1996’s Beats, Rhymes and Life, and 1998’s The Love Movement, courtesy of Royalty Exchange.

A man named Stephen F came through with a winning bid of 40.191 ETH, which is the equivalent of $84,765. The sale started at $35,000 and includes 1.5 percent of sound recording royalties from their first five albums for the life of rights, meaning the winner will earn money every time songs are streamed, played on the radio, sold physically, sampled or appear in TV shows, movies or commercials.

Woah. A Tribe Called Quest just sold an NFT that grants rights to the royalties of their first FIVE albums 😦. Sold for 40.191 ETH ($84,000). Last years royalties paid out ~$6700. What do we think of this https://t.co/9ut14tYXKr pic.twitter.com/nyyzibkijV

“Opportunities to earn from pioneering musicians don’t come around often… so don’t miss out on this one!” the listing read. “Up for bid are sound recording royalties from iconic and trailblazing Hip Hop group A Tribe Called Quest’s first five studio albums. Often touted as the pioneers of alternative Hip Hop, A Tribe Called Quest’s music has stood the test of time with growth across top income sources and songs, 30 years after their first album was released.”

It continued, “The winning bidder will collect royalties generated from sales, streaming, and sync fees for any of the included albums, as well as the individual singles, released by the group between 1990 to 1998. The format of this auction is a “non-fungible token” (NFT): a digital certificate of ownership created and stored on the Ethereum blockchain. All bidding will be conducted in Ether, the native currency of Ethereum. Royalties collected by the winning bidder will also be paid in Ether.”

The only album that isn’t included in the NFT is 2016’s We Got It from Here… Thank You 4 Your Service, which arrived eight months after the passing of A Tribe Called Quest’s founding member, Phife Dawg. In June, Lil Dicky’s 2015 hit “$ave Dat Money” featuring Fetty Wap and Rich Homie Quan became the first-ever music publishing NFT, selling through Royalty Exchange for 9.209 ETH — the equivalent of $23,209.