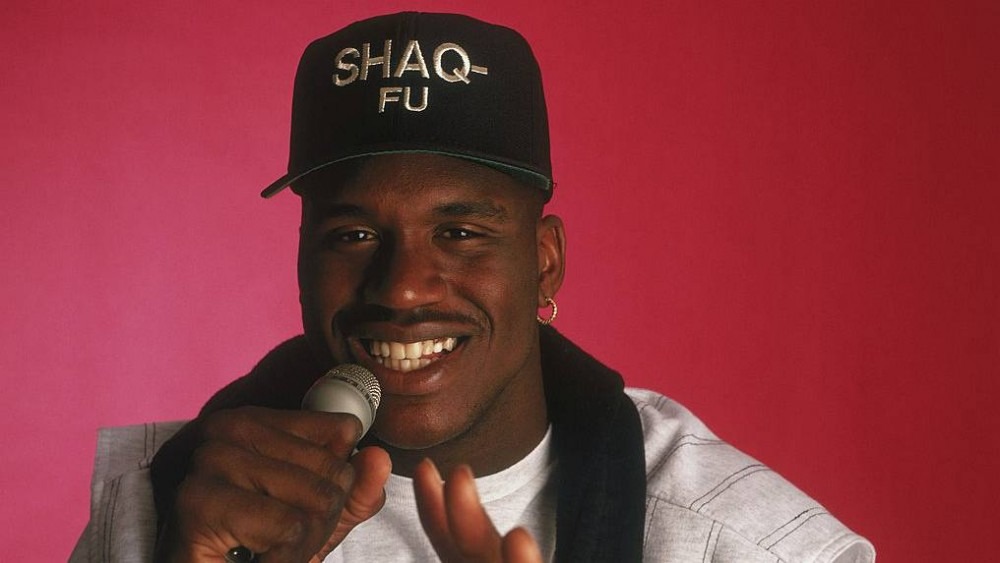 EDITORIAL – The late John Thompson was more than Hall of Fame college basketball coach. He was an one of the sports world’s most powerful figures whose Georgetown Hoyas was the first team and brand Hip Hop embraced during the 1980s.

Thompson passed away at age 78 at his home in Arlington, Virginia on August 30. The cause of death is unknown at press time but his family cited multiple health problems, per CNN.

When the Big East was an upstart northeastern U.S.-based conference in 1979, Thompson’s team put it on the college basketball map with the Hoyas’ signature uptempo offensive firepower, physically aggressive defense and above-the-rim style of play.

Public Enemy frontman Chuck D, sportswriters and NBA legends can attest to the primal influence of  Georgetown’s enormously popular merchandise and “Hoya Paranoia” in both basketball and Hip Hop cultures.

“Georgetown had a Black coach and they had this Black rebel squad,” Chuck D tells HipHopDX. “They shook up the Big East and the biggest precedence was John Thompson and then especially when they got Patrick Ewing. It was like, ‘oh my god, they got the dude from Boston!” Patrick Ewing came in and automatically became the b-boy signature just by wearing the T-shirt under the jersey.”

During the August 31 episode of Inside The NBA on TNT, co-host and two-time NBA champion Kenny Smith concurred about Georgetown’s pervasion in the Hip Hop community.

“The whole rap community, when the rap music was going on, everybody who had made a rap record had a Georgetown jacket on,” the New York native Smith said during the reflective conversation.

Thompson was a literal 6-foot-10 pillar known for having a white towel draped over his right shoulder during Georgetown’s games from 1972 to 1999. His program produced four Hall of Fame players including centers Alonzo Mourning, Dikembe Mutumbo, Patrick Ewing and Hip Hop’s most beloved point guard Allen Iverson.

“Everyone wanted to be [Allen Iverson],” recalls retired NBA player Mike Bibby, who was the 2nd overall pick of the 1998 NBA Draft. “The big clothes, all the tattoos, all the diamonds and stuff. I think he started it with everyone.”

Bibby was also one of the first players signed to an endorsement deal under Michael Jordan’s Jordan brand that launched in 1997.

The Arizona native cites that despite the sneaker god’s monumental influence on urban youth fashion, the marketing approach for Iverson’s signature Reebok shoe The Answer was than MJ’s.

“There were two different marketing strategies,” Bibby explained. “Michael Jordan picked the guess he thought be successful and that would mirror some of the stuff he had or likes to see.”

Thompson exuded a stern demeanor and unapologetic approach towards social change for student-athletes of color and his predominate Black teams. He was a staunch proponent of education and his players had a 97 percent graduation rate.

“Everybody in Black America loved us,” Ewing said in ESPN’s 30 for 30 documentary Requiem For the Big East, which aired in 2014. “Grandmas and grandpas coming up to us saying that we admire things that you guys are doing, admire the way that we carry ourselves.”

Thompson was a three-time NCAA Coach of the Year, led the Hoyas to three Final Fours and was the first Black college basketball coach to win the NCAA men’s basketball national championship in 1984.

But he eschewed the last superlative for his legacy. He even walked off the court during a game against Boston College in January 1989 to protest the NCAA’s Proposition 48, a former rule regarding minimum high school grades and standardized test scores that made college student-athletes ineligible to play in their freshman year. The year prior, an Associated Press survey revealed that most of the disqualified student-athlete from that regulation were Black football recruits.

Chuck D added, “Later on, when they got guys that were seemingly incorrigible like [1980s Georgetown power forward[ Michael Graham, whose was a symbol was a bald-headed power forward, you knew they really not taking no shit. You had Michael Graham in there with a bald head when cats had Jheri curl. Cats didn’t even have afros,” he laughed.

“That really kind of struck a cord during the Reagan-Bush years. The Reagan-Bush years did some wiping out of a lot in the Black ‘hood, the influx of drugs and guns. That whole ‘hood element of speaking loud and standing on your own laurels became evident with the Georgetown apparel that was available. Having the Georgetown Starter jacket was a b-boy symbol in the Northeast for a while.”

Chuck D claims that before he co-founded Public Enemy in 1986, the Rock and Roll Hall of Famer ventured to start a rap group called Georgetown Gangsters based on Hip Hop’s affinity for those jackets.

The image and popularity of Georgetown made many people outside of the Washington, D.C. market mistakenly believe that the elite academic institution was a historically Black college or university.

“It was the peak of the NCAA and college basketball was at it’s most popular, biggest ever. At that time, the NCAA rivaled the NBA, in fact it was even more popular than the NBA because they had a lot of young people all around the same age bracket. Therefore, it was easily accessible,” Chuck D explained. “Nobody even knew that Georgetown was a predominately 98 percent White school. Everyone thought Georgetown was a Black school. It damn near had HBCU credibility,” he said with a laugh.

“When I spoke at Georgetown years later, I was like, ‘Man, this school is straight up like going to Harvard, man.’ It was just the basketball team and it reverberated. College sports was really big. That period from 1975 to 1985, the NCAA street credibility was bigger than the NBA. After ’86, ’87, it started to dissipate a little bit and then later on, because of the one-and-dones when you’re in there for a minute and then you’re out of there, there was no real loyalty to these (college) teams once you got somebody there for a year. Back in the day, you had cats there for four years, so you seriously grew up with these teams and these guys.”

Georgetown inherently enabled Michael Jordan to become a college hoops superstar. The basketball messiah said in ESPN’s 10-part documentary The Last Dance that his game-winning shot for North Carolina to beat Georgetown in the 1982 NCAA championship game “turned my name from Mike to ‘Michael’ Jordan. It gave me the confidence I needed to start to excel at the game of basketball.”

But it was a pre-championship ring Shaquille O’Neal who would officially merge the two worlds, or at least, give the synergy undeniable credibility. Following his rookie season in 1993, he released his debut album Shaq Diesel which went on to be certified platinum by the Recording Industry Association of America. In the present day, he serves as an analyst for the aforementioned Inside The NBA on TNT. He also moonlights as a DJ from time to time.

Iverson went on to be widely credited for pioneering Hip Hop fashion in the NBA, thanks to his cornrow braids, extensive tattoos. Nas alluded to this aesthetic change of NBA players in his 2006 single “Hip Hop Is Dead.” (“Most intellectuals will only half listen/So you can’t blame jazz musicians or David Stern with his NBA fashion issues.”)

Those strides have bled into the present day, most notably from Portland Trail Blazers guard Damian Lillard. Under his Dame D.O.L.L.A. moniker, he’s not only released several projects independently but he performed at the halftime show for the 2020 NBA All-Star Game — while on the Western Conference roster!

The present-day can also find countless rappers sitting courtside, regardless of who’s playing. This includes the current NBA playoff bubble, as superstars Snoop Dogg, 21 Savage, A$AP and Big Sean (who scored this year’s Finals anthem) have been spotted on the virtual fan screen. Couple in partnerships like the one with music distributor UnitedMasters and Apple Music, the Hip Hop wave is here to stay on the hardwood.

Hip Hop also changed the framework of basketball journalism in the mid-90s, pioneered by SLAM Magazine. Since its inaugural issue in 1995, SLAM has been covering the high school basketball elite, streetball legends, college and young NBA stars, marrying urban slang in its editorials with incisive basketball reporting. SLAM marketed Hip Hop fashion in its pages, and several other media outlets such as Dime and Complex Sports modeled SLAM’s approach to NBA journalism.

“What SLAM did was put Hip Hop and hoop together in an overt way,” former SLAM editor-in-chief Russ Bengtson tells DX. “Basketball was a predominantly young, Black sport being predominantly covered by old, white guys. We helped change that dynamic to where the sport was being covered by people who could actually relate to the players and, in turn, the readers.”