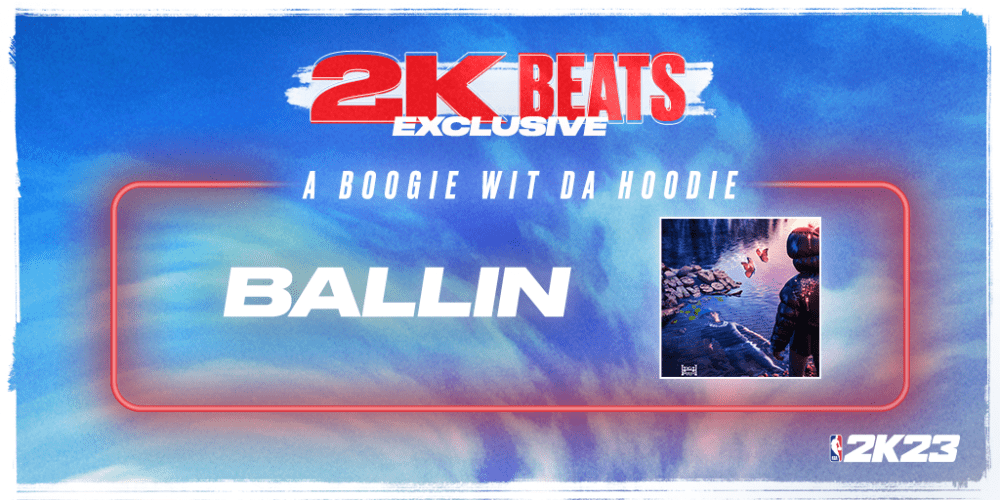 A Boogie wit da Hoodie will have a brand-new, unheard song on the NBA® 2K23 soundtrack before the release of his album, Me vs. Myself. The song is titled “Ballin’.”

Some of the most well-known musicians in the world now choose to showcase their newest tracks in-game before releasing it elsewhere, turning the NBA 2K soundtrack into a platform for discovering new songs and new artists.

With the inaugural installment of the NBA 2K Producer Series, which includes a beat by Grammy Award-winning producer BoogzDaBeast, Season 2 also encourages the community to display their own skills. While playing the game, users can record their own verses over the beat and post them to social media.