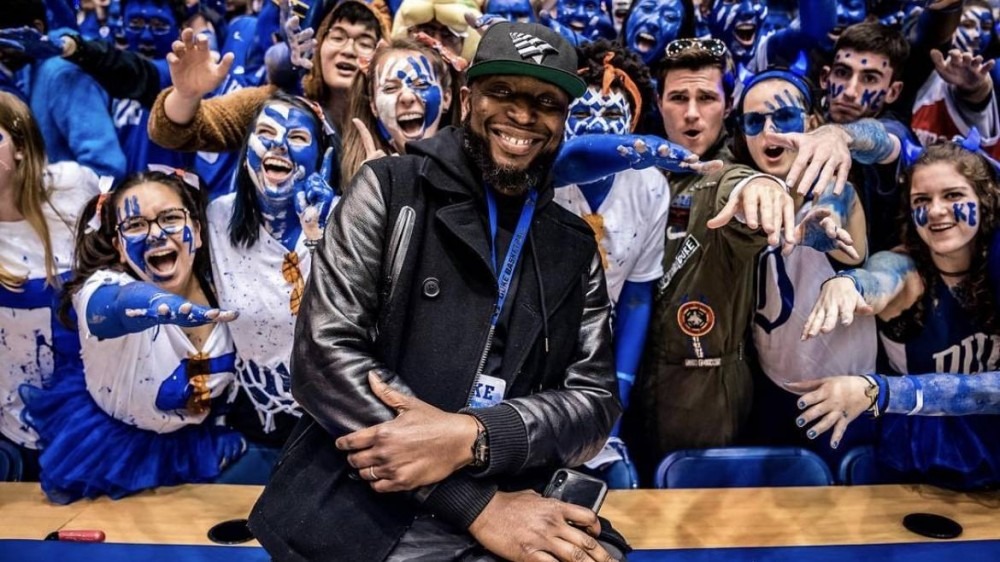 Legendary producer 9th Wonder crossed over into the world of education in the mid-’00s and shared his expansive knowledge on Hip Hop with students at North Carolina Central University, University of Pennsylvania, University of Virginia, Duke University and more. With over 15 years of academia under his belt, 9th is prepared for the next big step in his teaching career.

The Roc Nation School of Music, Sports and Entertainment is an upcoming one-of-a-kind educational program at Long Island University in Brooklyn, New York, aiming to push students in a way that’s different from the usual course of study at a place of higher education.

For a program like this, JAY-Z and his team had to assemble a staff that would truly embody the mission they have in mind for this dive into the world of education. They did just that on May 24 when Roc Nation and Long Island University announced 9th Wonder as the first professor and artist in residence for the school.

9th Wonder put a lot of time and effort into his career as a professor and producer, so it’s no question whether he’s a perfect fit to lead the way for the Roc Nation school. The producer’s unique style of teaching and his vast knowledge will challenge a whole new set of minds, and he’s excited to get the ball rolling.

To engage his students, 9th incorporates a style that promotes independent thinking. Students should be able to think outside the box and formulate their opinions without the allure of social media influencing them.

“I always try to challenge my students to just think on a very critical level,” 9th Wonder told HipHopDX. “Sometimes, in our very push-button, hands-on, everything’s in front of you world, critical thinking is not as strong as it used to be.”

Hip Hop is a multi-layered subject with almost five decades worth of history to dissect. That’s a lot to fit in a 15-week semester. But 9th aims to explore different aspects of the genre that helps students understand the foundation that the culture was built on.

He continued, “We also have to be very careful when we have these conversations with the next generation. Because we do it from a very, this is what it is and you have to accept what it is. And we can’t do that.”

Through the two courses 9th Wonder is teaching at the Roc Nation School of Music, Sports and Entertainment, students will get the opportunity to learn about Hip Hop history and the making of an album. These two classes are a part of the bigger picture that 9th Wonder, JAY-Z, Roc Nation and Long Island University are painting.

HipHopDX spoke more with 9th Wonder about his new teaching position, the importance of critical thinking, the responsibility of being the first professor at the Roc Nation school, how his 15 years of teaching prepared him for this moment and more.

HipHopDX: What was the first thing that went through your mind when this opportunity was presented to you?

9th Wonder: It’s funny because I am a part of music, I’m a part of sports, and entertainment myself. Right? I’ve been in music for so many years, and I’m very involved in youth basketball, and I teach at Duke, which is an incredible basketball program. And for a long time, I’ve been trying to find, even to find myself, how can I merge the three? I do it with my daughter’s youth basketball team, The Carolina Dream.

We talk about sports, of course, but I also try to take some stuff I learned, discipline from the music industry, and try to give it to them. So, all of that ran through my mind when I even saw the title, right? The Roc Nation School of Music, Sports, and Entertainment. So, all three of those are a part of me, so I think it’s an amazing fit, for me, I think.

HipHopDX: How are you planning on setting the bar for the incoming professors that are going to join and help educate these students?

So for me, I wouldn’t necessarily say I’m trying to set a bar but I will inform the next musicians that come in and say, “Hey, this is a field unlike ours.” With the preparation, with the lecture, with the syllabus, and dealing with students. We used to dealing with people by standing on a stage, and we looking at them in a crowd, or our managers handling people who want to talk to us, or whatever it is. Those people admire our work. It’s different when you’re standing in front of a classroom and people are expecting you to give them the right information.

HipHopDX: How are you trying to challenge the minds of these students that will be attending the Rock Nation School of Music, Sports, and Entertainment?

So, for me and my students, I try to challenge them to find the correct information. If you going to stand on an opinion, if you going to stand up and say, “I think this.”, well tell me why. Why do you think this? Can you critically think your way through a conversation instead of just saying, “This is what I think and I don’t care what anybody says.” Well, that’s cool, but in the world of academia, you must be able to express your opinion and back it up with some type of factual information.

HipHopDX: Where did you learn to look at the world that way?

9th Wonder: I grew up in that type of environment. Ever since, I would say, early parts of elementary school to, well a lot of parts of elementary school, 4th, 5th grade all the way up until, in college. I was always placed in an environment where you had to think critically. whether it be in a classroom or whether it be amongst my friends. We still get into debates in the studio about sports, about whatever, and we stand on the fact of, okay, you’re saying this but where are you getting this from?

This is not a chocolate ice cream versus vanilla ice cream debate. That’s a matter of taste. This is a matter of being able to talk your way through and I’m always surrounded by that. We call Illmatic one of the greatest albums of all time in our culture. But why do we do that? There is critical data that shows it, other than sales. Why do we call it genius? So we need to learn how to just express that, critically think through that, and I was always raised in those types of environments.

HipHopDX: You’ll be teaching courses in Hip Hop History and The Making of an Album. Why are those the focuses of your courses when you could be talking about anything revolving around music and Hip Hop?

9th Wonder: They already had a set of, quote-unquote, courses. It’s easier to take those particular courses and morph them into something else that’s kind of similar. History’s at every school in the country. In the world, almost. It’s easy to take a musicology course and turn it into a Hip Hop history course.

I mean, Hip Hop is almost 50 years old. It’s time to start having those conversations, anyway. The Making of an Album is the same thing. You can take the course and morph it into something else. To change it to something else so that’s how I was able to, or going to be able to, teach those particular courses.

HipHopDX: One of the best things about this school is the chance to learn about Hip Hop in the city that birthed it. What does that mean for you?

We can go to these places and we can walk and talk, and I can lecture while we’re looking at the actual place and it’s unbelievable. I can also call the producer or rapper I’m speaking about and say, “Hey, what you doing today, man? Want to come to class and talk to my students?” You know what I mean?

HipHopDX: Do you think more of these institutions or programs like the Roc Nation School and LeBron James’ I Promise Academy are needed for us?

9th Wonder: I think so. I think the wonderful thing about the I Promise School and schools like that, we need to find a way to do our best. We can still teach the same ideals of fundamentals, right? We need to find a way to engage these students because the way I learned, with a chalkboard and chalk, is not the way a kid now is going to learn. They’re inundated with so many different distractions like the phone and TV.