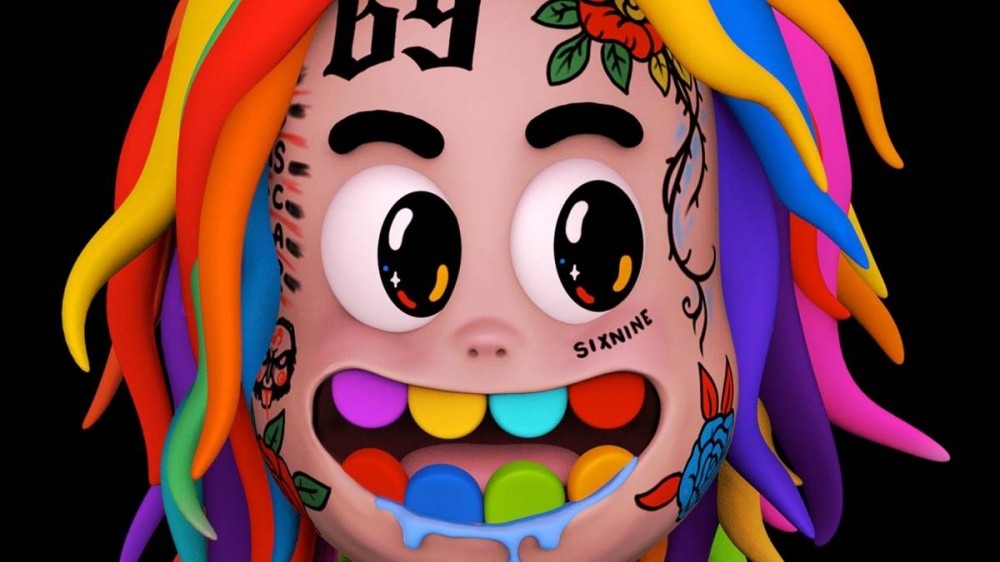 Exclusive – The tale of 6ix9ine has been well documented over the last few years. Poor Brooklyn kid finds rap, gets a viral hit, links with a street gang, is kidnapped by said street gang and ultimately arrested for racketeering. He then turns government witness and is released from jail with a soiled reputation as a bona fide “snitch.”

But the controversial rapper still managed to score a No. 1 Billboard hit called “TROLLZ” featuring Nicki Minaj upon his release and has miraculously stayed alive despite his inflammatory antics — both online and off. Even with 6ix9ine’s seemingly endless headlines, author Shawn Setaro did another deep dive into the life of 6ix9ine for his new book Complex Presents: Dummy Boy: Tekashi 6ix9ine and The Nine Trey Gangsta Bloods.

Speaking to HipHopDX, Setaro was asked if he thought writing a book about him only legitimizes his “fame,” to which he replied, “Writing a book about 6ix9ine is a complicated proposition. I have had mixed feelings about covering him at all since I was first assigned his story at Complex back in mid-2018. Whether I write about him or not, people now become famous for being internet trolls. That train has left the station, and no book existing or not existing can stop it. My primary concern was whether the book legitimizes 6ix9ine as someone who has done several unforgivable things.

“I’m not speaking about snitching here, but rather about crimes unrelated to his gang story—specifically, a 2015 case involving a 13-year-old girl; and his admitted history of domestic abuse. I did not want to glorify someone with that history. So how I dealt with that was by being as honest and factual as I could about those aspects of his life, and making sure to mention them frequently when I’m in venues like this one, talking about the more colorful, entertaining aspects of his story.”

6ix9ine’s past is troubled at best. At worst, it’s a clusterfuck of domestic violence accusations, fights, arrests, sex acts on a child and other illicit behavior, which the book meticulously explores. Touted as an “American crime story,” Dummy Boy is the result of dozens of exclusive interviews with collaborators, associates and witnesses who help tell  a detailed account of the “most beguiling and intriguing story in modern music,” as stated in the press release. Like many other journalists, Setaro was tasked with covering the rainbow-haired rapper soon after “GUMMO” took off.

“Originally, before the arrests, I was reporting on 6ix9ine because I had to,” he explains. “But very quickly I discovered there was a whole lot going on below the surface. When he was arrested, that just confirmed many of my suspicions. One of the big draws for me was uncovering the truth behind a lot of the crimes, many of which happened right out in public, while 6ix9ine was in the process of becoming a major recording artist.”

But Setaro believes none of that could’ve happened outside of Trump’s America, something he highlights in the book. Trump served as the 45th President of the United States between 2016 and 2020, and 6ix9ine emerged from the shadows smack-dab in the middle.

“This was a time in American life when at the highest levels of government, the leader of the executive branch would publicly troll people, would say outrageous things for attention and would inspire cult-like loyalty from people who didn’t care about the literal truth of what he was saying,” he says. “It was his trolling and insults that made these people feel like he represented them. It’s no surprise that the biggest rap star of 2018 also fits that description.”

6ix9ine’s ascent into rap infamy was abruptly clotheslined in October 2018 when he was arrested for racketeering alongside former manager/Nine Trey gang member Kifano “Shotti” Jordan. Facing at least 47 years behind bars, 6ix9ine agreed to cooperate with the federal government within days of his incarceration. As the months dragged on, details about what went on behind the scenes emerged. The mother of 6ix9ine’s child, Sara Molina, was accused of sleeping with Jordan at one point. She also claimed she suffered physical and emotional abuse at the hands of 6ix9ine.

“The whole key to his ride was his relationship with Kifano ‘Shotti’ Jordan, the Nine Trey member who played a manager-type role,” he says. “The two of them each brought something unique to the partnership and, as I talk about toward the end of the book, in a lot of ways they each wanted what the other had. Understanding that was really the thing that unlocked this whole tale.”

Following 6ix9ine’s testimony in the 2018 racketeering case against Nine Trey members Aljermiah “Nuke” Mack and Anthony “Harv” Ellison, Jordan pleaded guilty to multiple charges in the U.S. District Court for the Southern District of New York and was eventually sentenced to 15 years in prison. Mack and Ellison both received hefty sentences as well.

In April 2020, 6ix9ine was granted a “compassionate release” from prison amid growing COVID-19 concerns and quickly got back to work. Trolling was again at the top of his list, and he wasted no time taunting many of his peers, including the late King Von, Lil Durk and Lil Reese. Just five months after his release, 6ix9ine dropped his sophomore album TattleTales and had prematurely predicted the project would land at No. 1 on the Billboard 200 — but it didn’t. Instead, the project debuted at No. 4, prompting 6ix9ine to retreat from the spotlight — at least for awhile. Still, Setaro says his “TROLLZ” success “tells you everything you need to know.”

“It debuted at No. 1, capitalizing off of interest in 6ix9ine’s return to public life, interest in the fact that a high-profile rapper was collaborating with him post-snitching, etc.,” he explains. “But the week afterward, it dropped down to No. 34 — at the time, the largest drop down from the No. 1 spot ever. And it only stayed on the charts for a total of four weeks.

“‘TROLLZ’ was really the last gasp of major public interest in what I think of as the first part of 6ix9ine’s career. Since then, it has been diminishing returns in terms of views, album sales, etc. But I would never count him out. There may well be some kind of phase two.”

6ix9ine’s arrogance has yet to get the best of him. The day “TROLLZ” debuted atop the Billboard Hot 100 chart, he posted an Instagram video boasting about how he “can’t be stopped.” But anytime he’s in public, a large security detail is sure to follow. Setaro declines to speculate on why street code hasn’t brought his life to a tragic end, pointing out there’s already been enough casualties.

“It seems like 6ix9ine’s success as a rap star is over,” he says. “However, as I mentioned, I would never rule him out. He has proven over and over again that he’s fantastic at capturing peoples’ attention, and he may find some new way to do it, whether in music or elsewhere, that will again bring him major success. As for the ending in tragedy part, I wouldn’t want to speculate. I sincerely hope that there’s no more tragedy in this case — one that has already hurt too many people.”