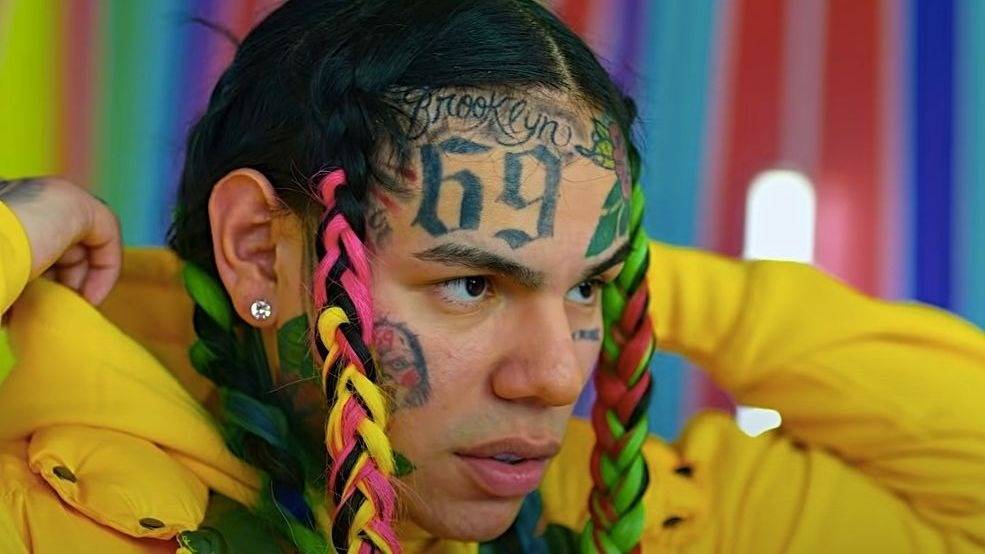 While 6ix9ine fans might think his social media tough talk is entertaining, it’s apparently having some very real implications for his family. According to the mother of 6ix9ine’s child Sara Molina, she and their 5-year-old daughter have been on the receiving end of numerous threats because of his antics both online and in the streets.

In an Instagram post dated Monday (February 21), Molina didn’t address the inflammatory rapper’s recent arguments with Meek Mill, Lil Reese or 600 Breezy, but she was clear all of the ruckus is negatively affecting her life.

“At the end of the day, we can all see that he clearly is on a mission,” she said. “For the people who have the nerve to DM me about all this stuff going on, mention my child, who is completely innocent. I don’t think a four-year-old, five-year-old, six-year-old, no matter around that age group, any child period should be — my daughter’s so innocent, she don’t even know she’s being called a bitch online.”

Molina also insisted 6ix9ine’s beef shouldn’t have anything to do with the women or children in their lives, “especially when it comes down to people thinking that he actually cares.” She then called 6ix9ine’s behavior  “disgusting” and wondered “why [she’s] being harassed online for shit that he’s doing.”

She added in the caption, “PSA I’ve been harassed and threatened because of his actions . I have every right to speak on the situation and protect my daughter and myself from what what ever harm he might put us through with his reckless beefs that he’s taking on and provoking with people he has no business playing with.”

TMZ spoke to 6ix9ine’s attorney Lance Lazzaro about Molina’s claims, which he quickly dismissed as “BS.”

6ix9ine got into a heated confrontation with Meek outside of an Atlanta club over Valentine’s Day weekend and has continued to troll him ever since. Earlier this week, he posted a cease-and-desist letter from the Roc Nation affiliate’s attorney demanding his “ZAZA” video be removed from YouTube for using Meek to turn a profit. His team clearly obliged as the video can no longer be found on the streaming giant. Still, that didn’t stop 6ix9ine from putting Meek on blast and calling him a “bitch.”

The 24-year-old has received some death threats of his own. Last week, 600 Breezy ominously predicted he would wind up going to jail the next time he saw 6ix9ine, insinuating he would put a permanent end to the famous snitch for his disparaging comments about the late King Von and Lil Durk.