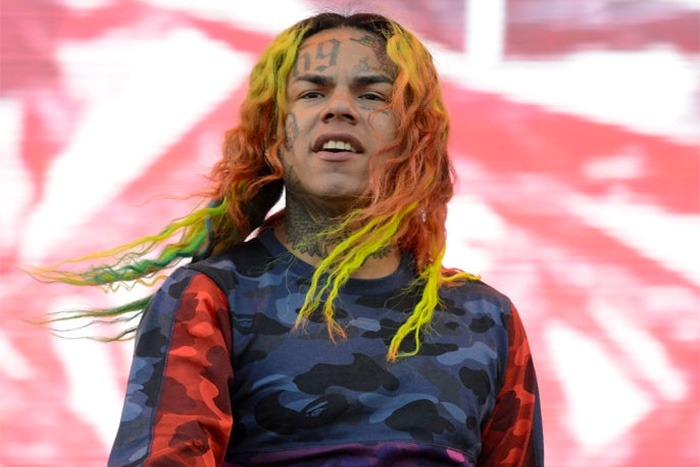 6ix9ine will be released from jail this year, but he may have to wait for a family reunion.

Just this week, Tekashi’s lawyer asked the judge to allow him to serve out the remainder of his 24-month sentence under home confinement or in a community correctional facility out of fear for his safety.

Now Sara Molina, Tekashi’s baby mama, tells TMZ that if the embattled rapper is allowed to finish his sentence at home, she won’t allow visitation with their 4-year-old daughter, Saraiyah.

Molina says Tekashi has been an absentee father and that safety issues have to be addressed before any reunion. She is worried that 6ix9ine remains a target after snitching on his former Nine Trey Gangsta Bloods members in his high-profile racketeering case.

Molina doesn’t want Saraiyah anywhere near Tekashi, but if a secure environment can be established, she wants Tekashi to undergo a psychiatric evaluation to prove he’s actually changed his ways. She wants to feel that he cares about her and their daughter. Only then will she consider letting him be around Saraiyah.

Tekashi was sentenced to two years in prison for racketeering and firearm charges last month. He has already served about 14 months in jail, which will count toward his sentence. According to his lawyer, he could be released by July. Once free, he will be on supervised release for five years, and will have to complete 300 hours of community service and pay a $35,000 fine.