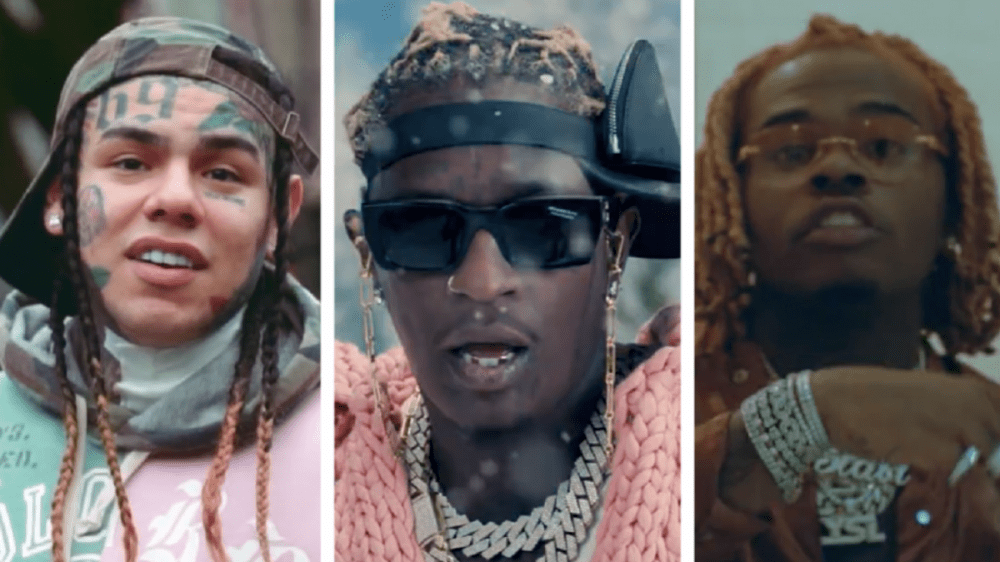 Young Thug appeared on Gillie Da Kid and Wallo’s Million Dollaz Worth of Game podcast on Sunday (May 16), where he made some notable comments about 6ix9ine. The Atlanta native revealed he made a $5,000 bet with a West Coast rapper that 6ix9ine would snitch to get out of prison and also run into trouble when he was a free man.

He continued, “I bet five thousand that something was gon’ happen like, I bet you whatever, when n-ggas see him, something gon’ happen, somethin’. He gon’ get beat up, he gon’ have to run out the club, somethin’ gon’ happen. I lost that fuckin’ bet bruh. Them pussy ass n-ggas let that n-gga in the club. He was chillin’.”

6ix9ine then commented on Akademiks’ post of the video, “Did he know Gunna was going to tell on crime stoppers?”

6ix9ine also took to his Instagram Stories to troll Young Thug by posting a photo of him wearing makeup, along with the caption, “THESE THE REAL N-GGAS IN ATLANTA. 2021 SLATTT.”

His comment about Gunna references a video of the WUNNA rapper allegedly appearing on an episode of Crime Stoppers when he was younger. During a May 2020 interview, he admitted it was him in the surfaced video but denied it was from Crime Stoppers.

“But, you know, n-ggas … that be going back to the internet shit. I don’t really be feeding into it because muthafuckas don’t know. I’m really from the streets. Where I’m from, if you snitched, bruh that shit is in paperwork. The shit is a document. All that cap shit don’t be ’bout nothing.”

Young Thug previously collaborated with 6ix9ine on “Rondo” off his 2018 mixtape Day69, with the song also featuring Tory Lanez. Thugger raps in his verse, “6ix9ine, bang red like Heinz/I’m a snake, n-gga, six shots in ya spine.”