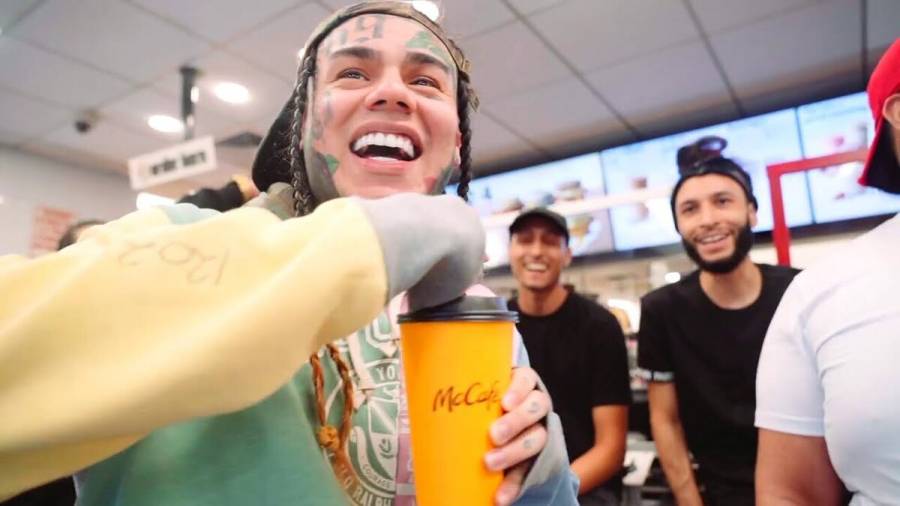 6ix9ine typically rears his ugly head when a rapper is in distress or suffering from emotional turmoil — but not to offer support. After King Von was fatally shot last November, he popped up on social media to drop some disrespectful comments about his death.

When Lil Durk’s older brother OTF DThang was killed earlier this month, he trolled Durk again, telling him to “stop the senseless violence.”

Now, the inflammatory rapper has set his sights on Gucci Mane and 1017 Records artist Pooh Shiesty who’s currently incarcerated for his alleged connection to a Miami nightclub shooting last month.

“@laflar107 your man got robbed in the club while performing and got mad and took out his gun for the cameras,” 6ix9ine wrote on Instagram last week, misspelling Gucci Mane’s handle in the process. “Now his mom lost both her sons one dead the other in jail after getting robbed. Smh she in my prayers.”

According to the Miami-Herald, Pooh Shiesty was denied bond on Thursday (June 17) despite the alleged victim changing his story. Frivin Dor, who was working security at the King Of Diamonds the night of the shooting, initially identified Shiesty as the shooter but changed his story.

Dor reportedly doesn’t remember giving his original statement to police and blames the powerful opioid he was given in the hospital. Court documents reveal Dor is on record saying he was given Dilaudid when he first arrived at the hospital, which rendered him unable to recount what he said to detectives.

Dor now says the commotion in the club that night could’ve been caused by a ceiling fan that fell in a nearby parking garage. He also claims he doesn’t remember Pooh Shiesty aiming a gun at him or even pulling the trigger.

He added he doesn’t want to press charges or talk to Miami officials about the incident. Pooh Shiesty’s legal team believed Dor’s statement was enough to get prosecutors to reconsider releasing the rapper on bond, but evidently it wasn’t.