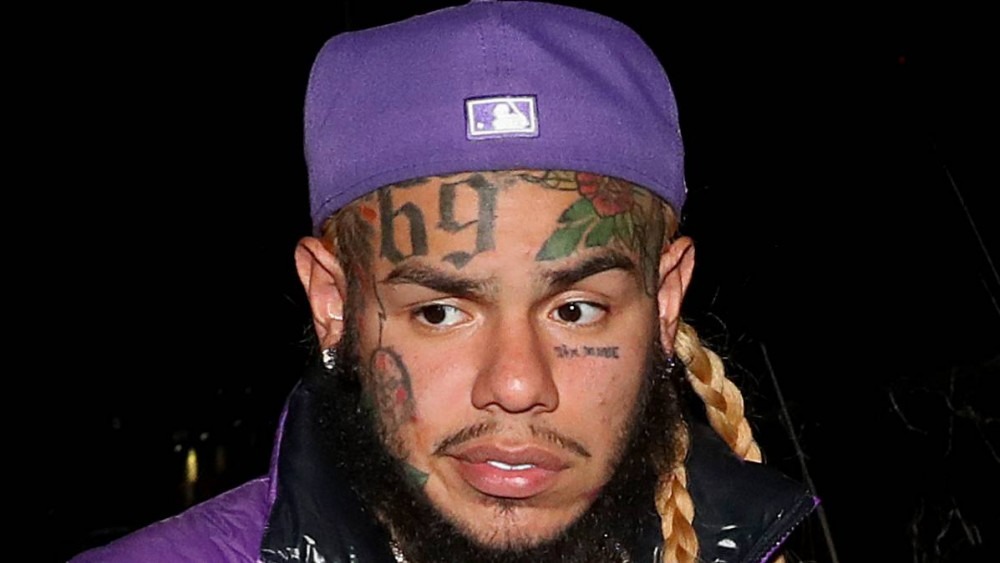 Miami, FL – 6ix9ine strolled into a Miami gas station this week sans security, looking to buy what looked like a slushee. Even though he wore a mask, the employees quickly recognized the rainbow-haired rapper and asked, “What’s your name?” But instead of telling them the truth, 6ix9ine told them he was Lil Pump.

In a video posted to Akademiks’ Instagram page, 6ix9ine approaches the counter as one of the men asks, “What’s your name, bro?” to which 6ix9ine replies, “Lil Pump.” Someone in the background clearly states, “You know who it is.” The caption on the clip read, “6ix9ine pulled up to olo gas station in a McLaren. Dat boy must think Miami sweet.”

6ix9ine has been relatively quiet in recent weeks. But Akademiks did open up about his friendship with the controversial rapper during an interview with HipHopDX earlier this month. At one point in the conversation, he talked about meeting the real Daniel Hernandez — not the heavily tattooed caricature 6ix9ine.

“I met Daniel Hernandez one day — and this is when we became friends,” he recalled. “Because when I was at the interview, there was definitely a heightened level of security. There was a bunch of dudes were red rags around. So lot of Bloods, you know what I mean? One day, he pulls up to Complex and I won’t ever forget this.

“I remember walking through the office and nobody wanted anything to do with him. I was pretty much saying, ‘Does anybody want to do an interview?’ And everyone was like, ‘Yo, fuck no. Don’t ever bring him back to the office.’”

But an appearance from Hernandez is few and far between. In addition to 6ix9ine’s “snitch” reputation, he’s also known as a relentless troll who will disrespect anyone online, even those who’ve passed away.