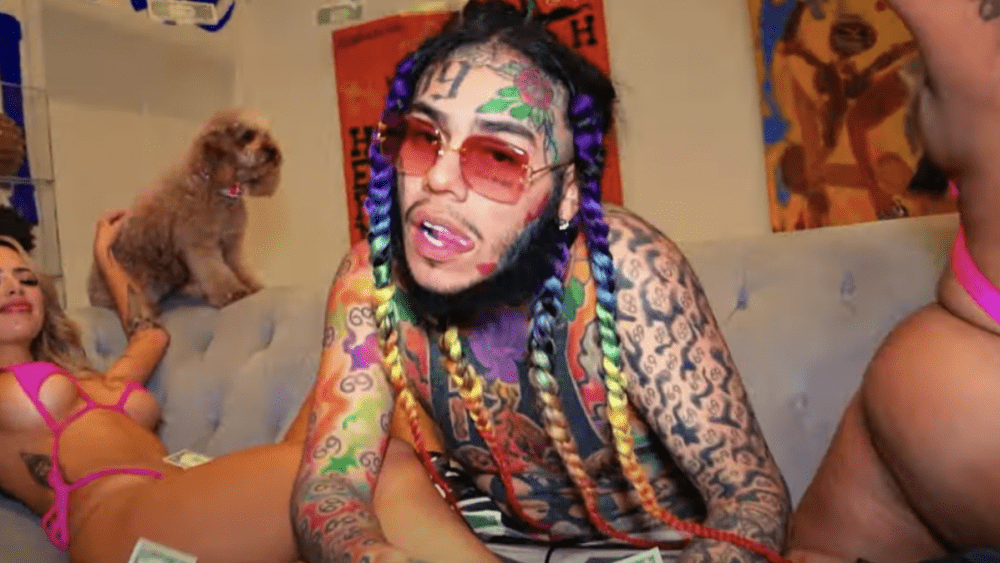 New York, New York – 6ix9ine has been slapped with another lawsuit on his desk. According to TMZ, tattoo artist Takashi Matsuba is suing the rainbow-haired rapper for defaming his name and calling him a “heroin addict” in audio used in both Hulu and Showtime documentaries centered around the “GUMMO” rhymer.

According to legal docs, Matsuba believes people are associating his business with Tekashi and it’s hurting his practice due to the confusion and false perception mixing up 6ix9ine and the Japanese tattoo artist.

Takashi Matsuba claims his name his superimposed into a scene in the Hulu doc where Tekashi admits he got his artist name inspiration from him. In March’s Supervillain: The Making of Tekashi 6ix9ine doc, 6ix9ine accuses Matsuba of being a heroin addict from his Brooklyn neighborhood.

Matsuba allegedly asked both docs to take his likeness out of their work but they haven’t obliged. He’s since filed the lawsuit in New York seeking damages.

In a separate feud, 6ix9ine’s latest beef is with Blueface and his manager Wack 100. Blueface is challenging 6ix9ine to a boxing match, but the Brooklyn native would rather keep the jabs to social media.

6ix9ine called out Blueface for getting his jeweler tattooed on his head claiming he must’ve owed the jeweler money and called him a one-hit-wonder.

Blueface fired back by collecting receipts of 6ix9ine’s father and baby mother Sara Molina with clips of them calling the former incarcerated rapper out for not taking care of them properly.