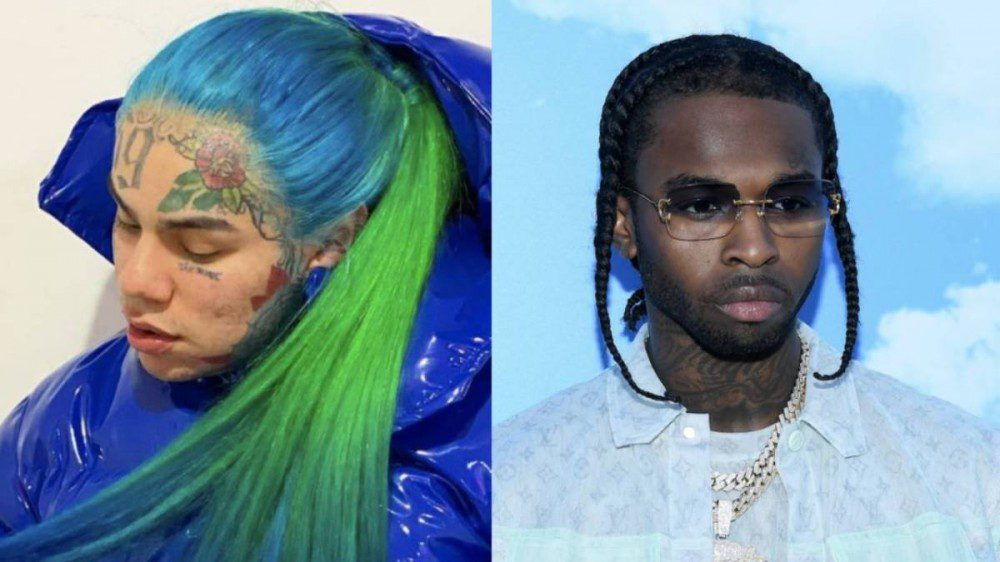 6ix9ine is again back in the headlines to address the rumors flying around that he hooked up with the late Pop Smoke‘s ex-girlfriend.

The controversial rapper shared a post on his Instagram page, wasting no time denying that he flew out Pop’s ex Alyssa Danielle. He hopped on his Instagram Story to plead his case on Tuesday (October 25).

“@igmodeltearoom I never touched neither one of them girls,” 6ix9ine wrote.

Danielle caught wind of the chatter along with 6ix9ine’s claim and backed it up with an Instagram Story post of her own disproving the rumor. According to Danielle, she’s too busy traveling to mess with 6ix9ine. “I travel 89 times a year,” she wrote. “Don’t mix me in no bullshxt cause i’m in the same place as mf’s!!!!!!!!!!”

The rumors between 6ix9ine and Danielle picked up after footage surfaced online showing them sitting in two separate Lamborghini Urus SUV’s with identical interiors. It’s possible that the two may have the same model car; however, that didn’t stop social media from conjuring up an alleged story from the picture.

This is one of the very few times 6ix9ine has popped back onto the scene, as he’s been staying under the radar lately. Earlier this month, law firm Meloni & McCaffrey gave notice to U.S. District Judge Hector Gonzalez that they plan to no longer provide legal counsel to 6ix9ine and will immediately process their withdrawal after he went missing and didn’t pay his legal fees.

In an official statement, attorney Robert Meloni explained his numerous issues with his client, including their lack of communication.

Meloni also mentioned he would discuss legal matters with 6ix9ine’s brother Oscar Hernandez occasionally, but the two haven’t communicated on the phone, by email, or text since September.

“There is now a total breakdown in communication between Mr. Hernandez and the Firm,” he continued. “Mr. Hernandez’s last communication with me took place in early March 2022 relating to one of the other litigations. Finally, I just learned that Mr. Hernandez changed his phone number, which he did not tell me about himself. He did not provide me with his new mobile number.”

Due to his inability to locate 6ix9ine, the withdrawal letter was sent via email.

“Because the Firm has no current physical address for Mr. Hernandez, the Firm plans to request that the Court permit service of the Firm’s anticipated motion by way of email to Mr. Hernandez’s brother Oscar Hernandez,” Meloni wrote. “The Firm will send a copy of this letter to Oscar Hernandez as well.”