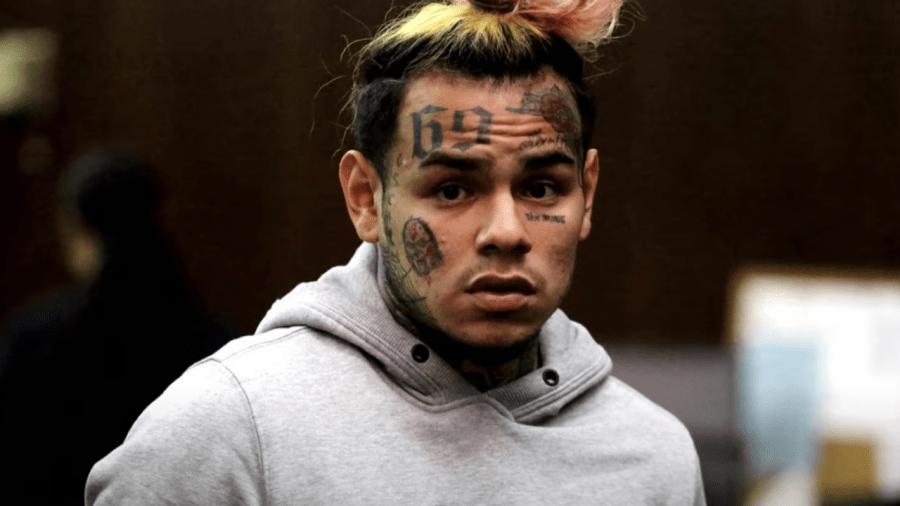 The lawsuits are piling up for 6ix9ine. On the heels of being sued for allegedly refusing to pay his security company what they’re owed, a production duo by the name of BEATDEMONS has filed a lawsuit against the rainbow-haired rapper for ripping off their beat to his 2020 comeback track “GOOBA.”

According to TMZ, the Texas-based production group sued 6ix9ine over the profits to “GOOBA.” They claim he copied elements from the structure to form and melody of their 2018 song “Regular,” which has 152,000 views on YouTube and is labeled as a Cardi B-6ix9ine type beat.

6ix9ine reportedly says he’s banked a lucrative $20 million since he’s been released from prison and BEATDEMONS want a piece of his pie on grounds of copyright infringement. “GOOBA” was released in May 2020 and is certified platinum while the raunchy visual boasts more than 700 million YouTube views. Ironically, BEATDEMONS is listed as a producer for “GOOBA” on the Genius website.

In another 2021 lawsuit, the “ZAZA” rapper was sued by exotic dancer Alexis Salaberrios in February, claiming 6ix9ine hit her with a bottle and missed his actual target — a heckler who put him on blast for snitching in 2019.

As for the aforementioned lawsuit with his security team that dates back to 2018 before he was locked up, Metropolitan Patrol claims 6ix9ine owes them $75,000 for the 11 days they worked for him and are seeking over $88,000 in compensation.

Listen to “GOOBA” below and the BEATDEMONS’ “Regular” above and see the similarities for yourself.