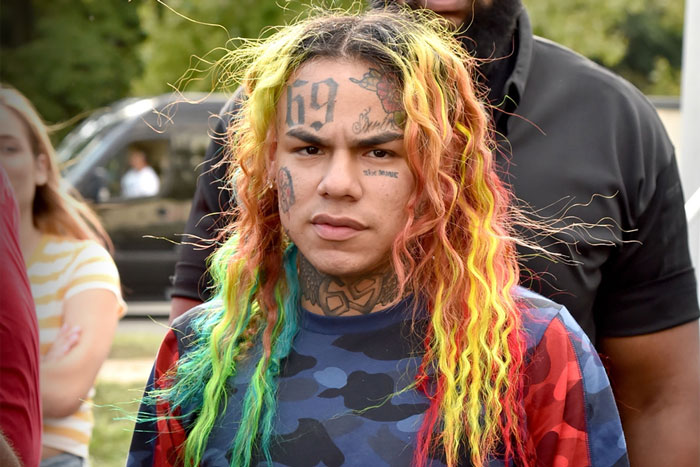 Following a highly-publicized legal battle, the rapper (born Daniel Hernandez) was released from a federal prison after a Manhattan judge granted his early release on Thursday (April 2).

U.S. District Judge Paul Engelmayer approved the request of Tekashi’s legal team, who asked that he serve the remainder of his 24-month sentence at home due to serious concerns for his health amid the coronavirus outbreak. The request was originally denied by Engelmayer because he believed 69 needed to appeal to the Bureau of Prisons. His lawyer Lance Lazzaro argued that Engelmayer and not BOP had legal authority to grant his compassionate release request.

“The Court accordingly finds that, in light of the heightened medical risk presented to Mr. Hernandez by the COVID-19 pandemic, there are extraordinary and compelling reasons to reduce Mr. Hernandez’s sentence in the manner requested––to wit, releasing Mr. Hernandez from custody and requiring him to serve his first four months of supervised release in home confinement, on specified conditions,” said Engelmayer.

Upon his release from custody, he will be on four months of supervised release in home incarceration, which will be enforced by GPS monitoring. He must remain at an address approved by his probation officer and can only leave if he needs to seek necessary medical treatment or visit his attorney.

#Breaking: It's done, Judge Engelmayer's order on #6ix9ine has just come out, US asked that it be delayed: 69 "shall serve the first four months of supervised release on home incarceration, to be enforced by GPS monitoring, not to be docketed until 4 pm April 2" pic.twitter.com/oMX6NT77IW

In a letter to the judge last month, Lazzaro said Tekashi’s life is in danger behind bars because of his asthma, which puts him at greater risk for the coronavirus. Inmates across the country have been released early to reduce crowding as COVID-19 infections spread, including 3,500 prisoners in California and 900 inmates in New York City jails.

The 23-year-old rapper, who pleaded guilty to racketeering and firearms charges, was originally facing 47 years to life. He had been in prison since November 2018 following his high-profile case where he testified against members of the Nine Trey Gangsta Bloods. In return for his cooperation with the feds, he received a reduced sentence.

Tekashi will be on supervised release for five years, and will have to complete 300 hours of community service and pay a $35,000 fine.

His lawyer tells The New York Times that he won’t be entering the witness protection program, and plans to continue making music upon his release on July 31. “He has no intention of going into witness protection,” said Lazzaro. “He hopes to resume his career.”

In October, it was reported that Tekashi signed a $10 million deal with his former label 10K Projects. The independent L.A.-based label, founded by Elliot Grainge, is also home to Trippie Redd, Lil Gnar, and Icy Narco.