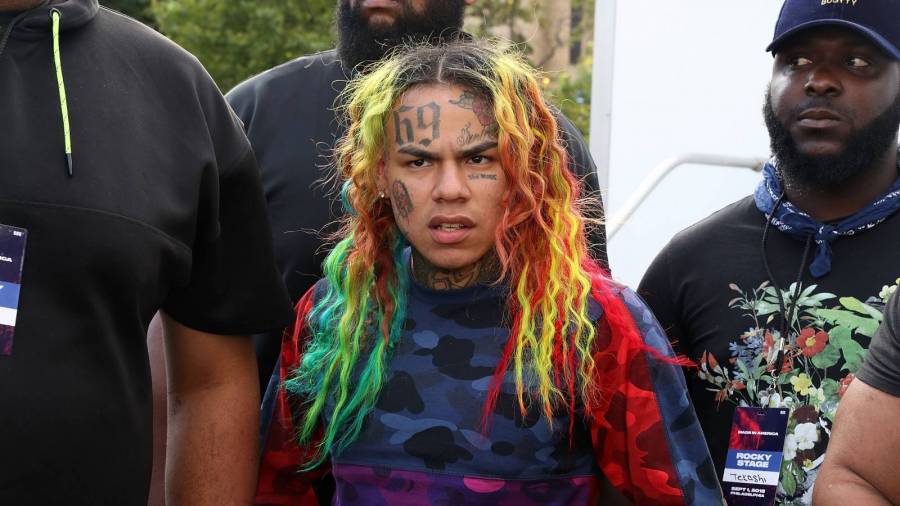 Footage of 6ix9ine’s biological father Daniel Hernandez made the rounds last week after he revealed he was homeless and in need of financial help. But according to his estranged son, Hernandez is a hopeless drug addict who abandoned him as a baby and doesn’t deserve a dime.

During a recent chat with DJ Akademiks, 6ix9ine explained why he was reluctant to extend the same kind of generosity he offers others.

Hernandez, who shares the same government name as 6ix9ine, claimed he’s been living in a shelter for over two years.

“Because I don’t have an apartment, he doesn’t know that I’m in the shelter,” Hernandez said, according to Page Six. “Now he’s going to know I’ve been here for, what, two years already? You think he’d come hook me up with something. He’s been giving money to other people. … He gives money to everybody. ‘Here, here, here.’”

6ix9ine was equally as confused by his presence and initially thought he was being pranked.

“I took one glance — I see my biological father,” he said. “I haven’t seen him since the third grade. I don’t even know if this is a fuckin’ joke, everything I go through.”

He added, “[He was] trying to help me for what? So I could be free and give him money? The narrative will always be, let’s make Tekashi 6ix9ine like the worst human being in the world but [they] just look at it the way [they] want to look at it.”

Hernandez didn’t meet his son until 6ix9ine was 9 years old after his mother allegedly kicked him out for shooting up heroin in the bathroom.