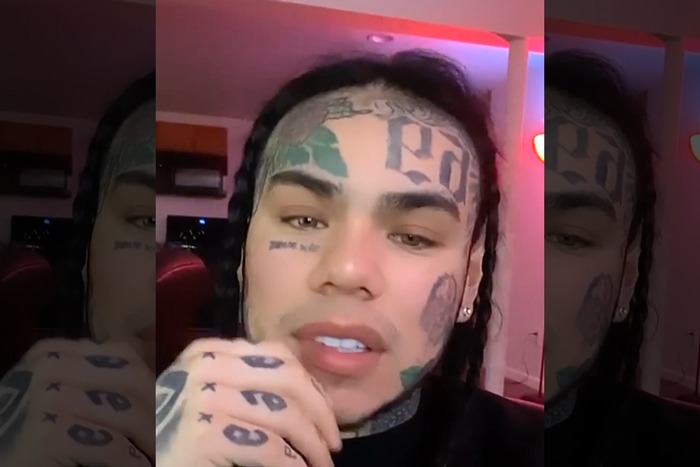 6ix9ine is ready to hit the streets again.

In a little over a month, the rapper will be released from house arrest after serving four months on racketeering and other charges. Taking to Instagram on Saturday, he celebrated the news with his nearly 24 million followers.

But first, he plans to release another single and video on Friday, July 3. “I’m gonna give y’all one more music video,” he told fans. “Just picture this, right. I’ve been on house arrest. I broke a whole bunch of records. Since I’ve been home, the first song outta jail, platinum. I have the No. 1 record in the world, from house arrest. I’ve been shooting all the music videos in my living room.”

Since his release from prison, 6ixine has already dropped a pair of singles—”GOOBA,” which debuted at No. 3 on the Billboard Hot 100—and “TROLLZ” featuring Nicki Minaj, which became his first No. 1 on the chart.

It’s unclear what song he plans to release next, but he has collaborated with Akon on a remake of his 2004 hit “Locked Up.” He has also toyed with the idea of remaking 50 Cent’s “Many Men.”

Meanwhile, he continues to make noise on social media, taking shots at his rivals including Future, Meek Mill, and Snoop Dogg.