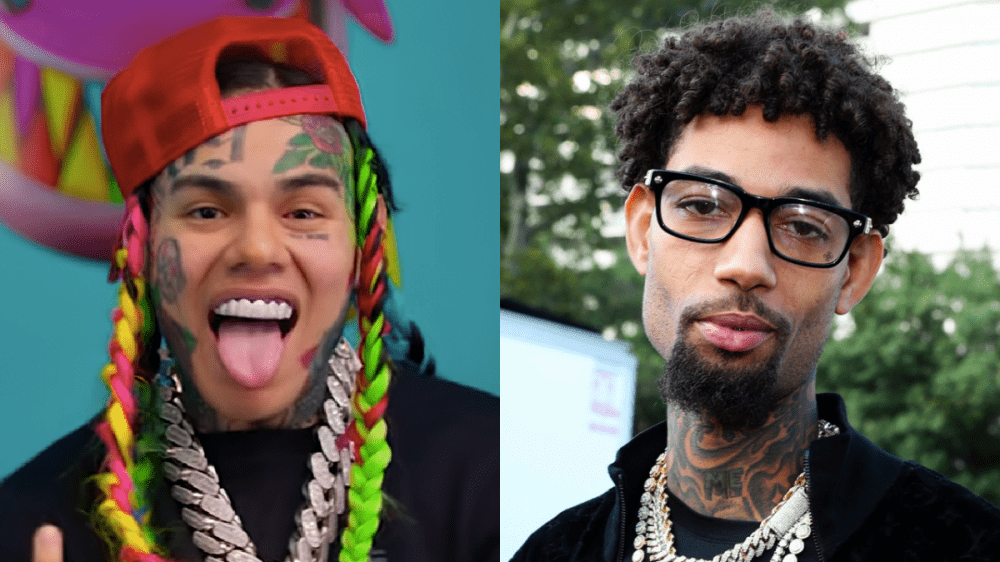 6ix9ine historically breaks his social media silence when a rapper passes away – and PnB Rock’s tragic death is no exception.

The controversial rapper became a trending Twitter topic on Tuesday (September 13) after he made a callous joke at PnB Rock’s expense.

Taking to his Instagram Stories shortly after Rock’s death was confirmed, 6ix9ine posted a waffle emoji with the words: “Homie died over [waffles].” He added a laughing emoji underneath.

The distasteful post, which is typical for 6ix9ine, angered countless people on Twitter who weren’t afraid to ask: “Why couldn’t it be 6ix9ine?”

The rainbow-haired rapper infamously cooperated with the federal government in the case against the Nine Trey Gangsta Bloods, earning the nickname “Snitch9ine” along the way.

Plenty of people are shocked he’s still alive considering not only his involvement with the gang but also his incessant trolling of rappers such as the late King Von, Lil Durk, Chief Keef and Young Thug.

As one person wrote: “Like… out of all people, you kill PnB Rock???? It’s n-ggas like 6ix9ine walking around.. George Zimmerman still alive… and you kill PnB Rock. That man didn’t bother anybody. Not a fucking soul smfh.”

But, at the same time, an old tweet of PnB Rock talking about the demise of 6ix9ine also resurfaced. It read: “If he get smoked my life will be made kizzyy.” 6ix9ine replied to the post: “@pnbrock you fell off the face of the earth bro.”

On the real, yall can’t really blame 6ix9ine for disrespecting ppl who died who had wished death on him.. I would do the same shit fr.. but #RIP PNB‼️💯🙏🏾 https://t.co/Ic1QIsqEEP

Still, fans of PnB Rock aren’t giving him a pass. The Philly native was pronounced dead at 1:59 p.m. PT on Monday (September 12) after being shot during an attempted robbery at Roscoe’s House Chicken & Waffles in South Los Angeles. He was 30 years old.

Drake, Nicki Minaj, Cardi B, Meek Mill and 21 Savage were among the many mourning his death on social media. As for 6ix9ine, he’s receiving a lot of online attention for all the wrong reasons. Check out some of the reactions to his PnB Rock tweet below.

6ix9ine is a straight bitch, he knows he gotta talk shit about the dead to stay relevant

since #6ix9ine is trending, i would like to remind you that he was a gang member who played a trendy badass thug on the tv, went to jail, snitched on his friends, and was released on account of his having asthma… also, his music is real bad… get better heroes.

I don’t wish death nobody… But ya’ll niggas killed PNB ROCK while he was eating peacefully. But let 6ix9ine live disrespecting Nipsey. I’m starting to see that Charleston White is right.

6ix9ine shouldn't be free. The mothafucka is a pedophile and a wannabe gang banger who disrespects the dead to stay relevant. It's bad enough his music objectively sucks massive dumps but when you take into account how much he's a monster he does not deserve stans

6ix9ine needs to be stopped pic.twitter.com/mPQ6M54fWb

all the bad karma 6ix9ine put on himself eill backfire eventually.. making fun of people who passed away will only get you so far…

6ix9ine when a rapper gets shot pic.twitter.com/vKb2YCxsTL

Me when 6ix9ine gets caught lackin' pic.twitter.com/hOEvlYiONd

How Ima sleep knowing something bad happened to 6ix9ine pic.twitter.com/jSzbHX62VZ

why couldnt it be 6ix9ine????? pic.twitter.com/Q9XSTVeXyj