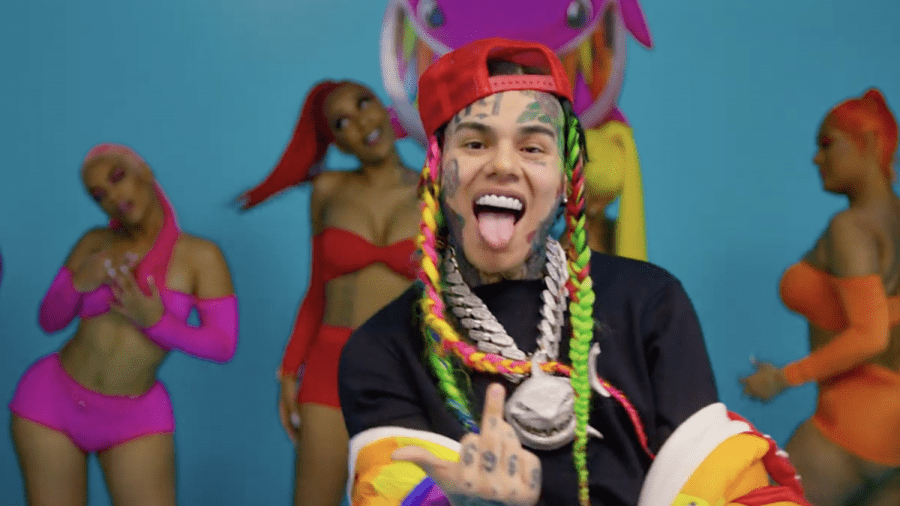 6ix9ine appeared on a recent episode of TMZ Live where he discussed his decision to turn star witness in the federal government’s case against the Nine Trey Gangsta Bloods gang. In a clip of the conversation, the controversial rapper denies he’s a snitch and points out his crew betrayed him first by kidnapping him in August 2018.

“What I did wasn’t snitching. What I did was being smart and realized that God put me there to cut my grass so I could see the snakes in my grass.”

6ix9ine was then asked if he had “concerns about his safety,” but the topic turned to Dunkin’ Donuts coffee instead.

“No, ’cause I’m at Dunkin’ Donuts and I really want to order my coffee,” he said. “When I went to jail, I got addicted to coffee. I didn’t know how happy coffee made me, like I’m addicted to coffee. It’s delicious and it makes you go to the bathroom in like two seconds.

The 24-year-old Brooklyn native was taken into custody on racketeering charges in 2018 alongside his ex-manager Kifano “Shotti” Jordan. He reportedly agreed to divulge information about the inner workings of Nine Trey within 24 hours of his arrest. During the October 2019 trial, he detailed what went down the night he was kidnapped while naming Jim Jones and Cardi B as Nine Trey Bloods in the process. As a result, he quickly earned the nickname “Snitch9ine” within the rap community and has been considered a rat ever since.

6ix9ine was granted a compassionate release from prison in April 2020 over COVID-19 concerns. Since then, he’s stayed busy releasing videos such as “GOOBA” and “ZAZA” while relentlessly antagonizing numerous rappers, including Meek Mill, 600 Breezy, the late King Von and Lil Durk. It’s unclear at the moment if his behavior has violated his federal probation — only time will tell.