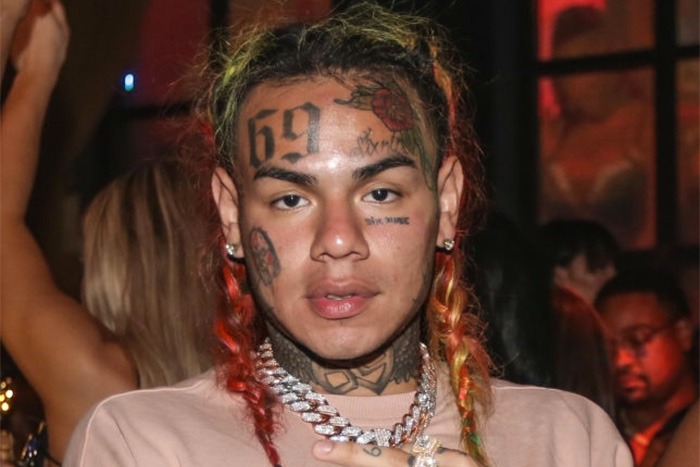 6ix9ine could be released from prison as soon as today.

The judge in the rapper’s case is considering an early release due to the spread of the coronavirus. Last month, Tekashi’s legal team requested that he serve the remainder of his 24-month sentence at home, citing serious concerns for his health. The request was denied by the judge, who said the court lacked the legal authority to make the decision.

According to Inner City Press, the Bureau of Prisons also rejected the request because they claim 6ix9ine was not in their custody. Instead, he is in the custody of the U.S. Marshals Service since he is serving his time in a private facility. Judge Engelmayer says he is now inclined to release 69 pending the U.S. Attorney’s opposition. The feds have until 5 p.m. today to deny the judge’s legal authority to release 6ix9ine.

It's definitely complicated. It's that Judge Engelmayer first turned 69 down because his lawyer hadn't asked BOP to be released & been rejected. Now that has happened and Judge says he is inclined to release 69, pending the US Attorney's 5 pm filing opposing it https://t.co/6wwzx4cYZZ

Judge Engelmayer has given US until 5 pm to make a filing but has ruled, "provided that the Court has the legal authority to grant the relief sought… it intends to do so." Since Judge E already considered his legal authority, seems to indicate he'll release 69 https://t.co/GhLHm6PuXc

“The Judge says he is inclined now to grant #6ix9ine compassionate release, until the US convinces him in a filing today that he has no legal authority to release 69,” tweeted Inner City Press’ Matthew Russell Lee.

6ix9ine is currently slated to be released on Aug. 2. His attorney, Lance Lazzaro, told the judge that Tekashi is in danger of catching coronavirus behind bars, which could be even more serious because of his asthma. Tekashi was also diagnosed with bronchitis and sinusitis late last year and was hospitalized for treatment.

Amid the COVID-19 pandemic, California has granted early release to 3,500 inmates in order to reduce crowding as infections spread through the state prison system. New York City has also released 900 inmates to avoid the risk of coronavirus spreading in the city’s jails.