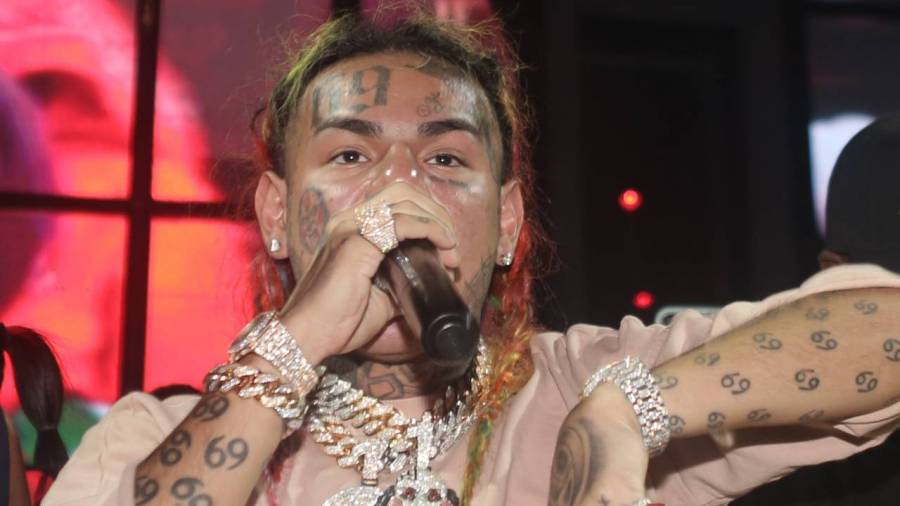 After laying low for the latter part of 2020, 6ix9ine is just about bursting at the seams ready to step back into the Hip Hop spotlight. The Brooklyn troll posted another video to Instagram on Tuesday (February 9) previewing another unreleased track.

Despite still being on probation, Tekashi is referencing his days of “shooting and robbing” rappers while running with the Nine Trey Gangsta Bloods on the menacing cut.

“I shot you, I robbed you/And y’all ain’t do nothing back,” he raps over uptempo production. “I shot at all you rappers real life, no cap/The feds charged me for that, whole fucking case/So eat a dick lil’ n-gga, don’t watch my face.”

The “Fefe” rapper was arrested in 2018 on various racketeering charges for his role in Nine Trey. He accepted a plea deal with significantly reduced prison time after agreeing to help federal agents with information and testify against Nine Trey co-defendants. He was released in April 2020 and remained on house arrest until August 2020.

6ix9ine — born Daniel Hernandez — was indicted on armed robbery charges stemming from an April 3, 2018 altercation where members of Nine Trey, including 6ix9ine, robbed a man near Times Square in NYC at gunpoint.

As far as the shooting reference, 6ix9ine gave up Nine Trey associate Kooda B as the gunman in the attempted shooting of Chief Keef outside the W Hotel in NYC in 2018. 6ix9ine admitted to offering Kooda $20,000 to put a hit on the Chicago rapper. The bullets missed Keef and Kooda ended up only being paid $10,000.

Kooda pleaded guilty to 54 months behind bars for his role in the shooting in December 2020, according to Complex. He was granted a temporary release in March 2020 due to his asthmatic condition amid the coronavirus pandemic and posted a $300,000 bond.

6ix9ine previewed a separate track featuring threatening lyrics earlier in February. For more on the 6ix9ine story, the three-part Supervillain: The Making of Tekashi 6ix9ine docuseries comes to SHOWTIME on February 21.