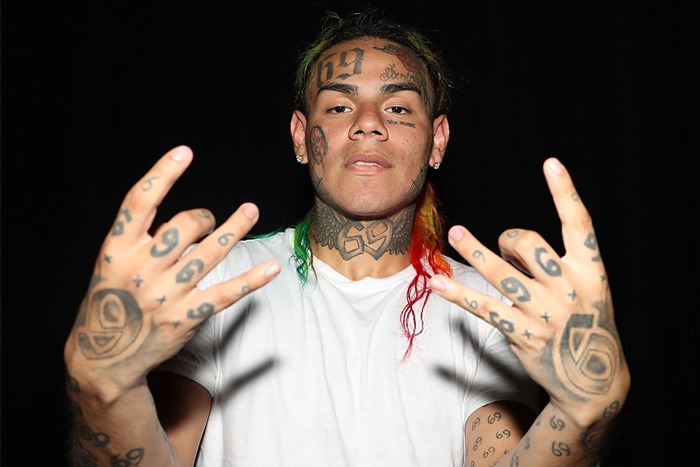 6ix9ine is back to trolling…himself.

A week after being released from prison, the rapper is slowly making his return to social media. After popping up in an Instagram comment last week, Tekashi has addressed his snitch status by changing his Instagram profile picture to an animated version of himself in an orange prison jumpsuit, reclining on a rat trap while eating a piece of cheese.

He also changed his IG bio to make light of his snitching. “Why everybody callin me a snitch? I’m missin something…?” he asked his nearly 15 million followers.

He previously joked about snitching on a post by The Shade Room, commenting on a story about Los Angeles Mayor Eric Garcetti offering rewards for those who snitch on businesses that violate the city’s stay-at-home order.

“Coming to the rescue,” joked Tekashi, who snitched on members of the Nine Trey Gangsta Bloods in return for a reduced sentence.

Lol who said 6ix9ine ain’t finna still troll. This his first comment on Instagram since he got released pic.twitter.com/RkNRA7fwpr

Tekashi was released from a Queens Detention Facility to home confinement on April 2 to serve the remaining four months of his 24-month sentence due to the risk of coronavirus. While he’s able to use social media without restrictions, he has vowed to avoid beefing with or trolling other artists because the feds are watching.

He will be on supervised probation for the next five years and his probation officer will be monitoring what he posts online. His lawyers told TMZ that his posts won’t be inflammatory and that he will use discretion when he uses social media.

However, his snitch comments might not sit well with his former fellow gang members, who are serving time because he ratted them out.