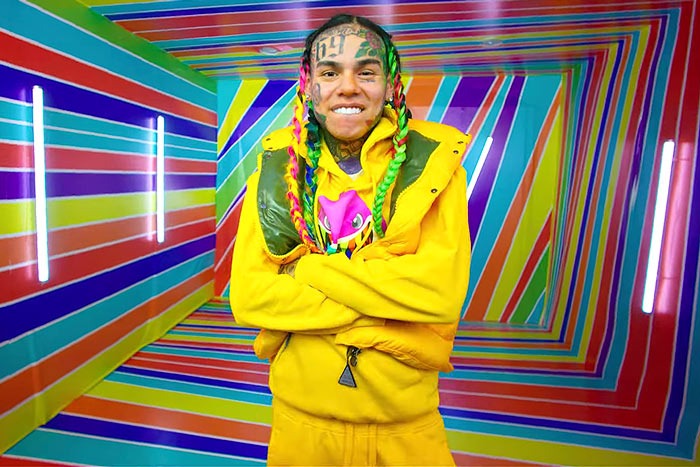 6ix9ine is telling all.

The rapper has officially announced his sophomore album, TattleTales. Taking to Instagram, Tekashi revealed that the project will arrive on Sept. 4. The title is a reference to his high-profile racketeering case during which he snitched on members of his former gang.

“September 4th, the album’s coming. Let’s pay respect to all the fallen soldiers,” he said while pouring out a bottle of vodka on the streets of Chicago.

The 13-track project has already spawned four singles—”GOOBA,” “YAYA,” “PUNANI,” and the Nicki Minaj-assisted “TROLLZ,” which debuted at No. 1 on the Billboard Hot 100.

TattleTales follows Tekashi’s 2018 debut Dummy Boy, which was released just days after his arrest. The project debuted at No. 2 on the Billboard 200, spawning collaborations with Kanye West, Nicki Minaj, Lil Baby, and Gunna.

Tekashi, who was released from home confinement earlier this month, will celebrate the release of TattleTales by performing a livestreamed concert on Sept. 5. He received a reported $5 million for the virtual set.