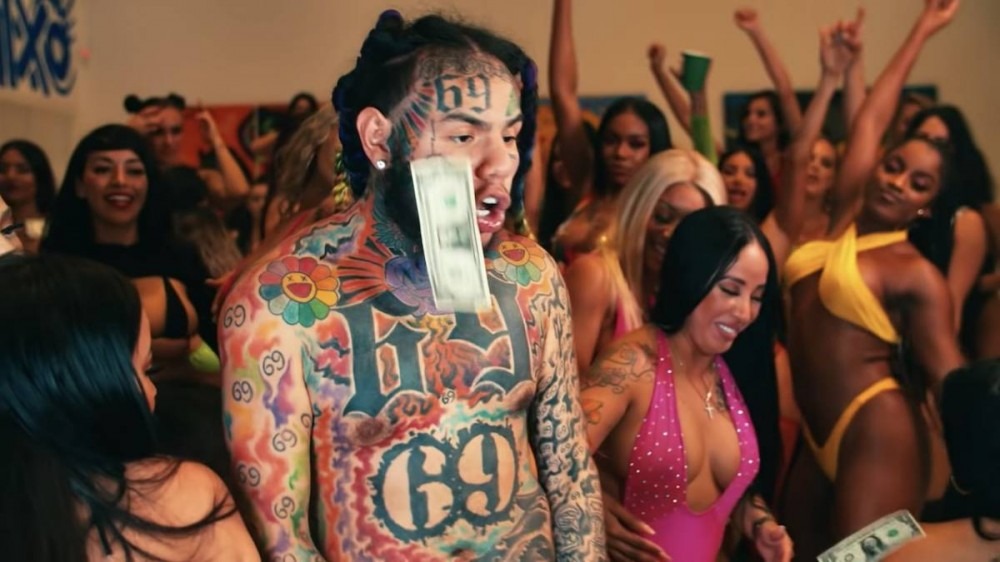 Controversial rap figure 6ix9ine has been laying relatively low in recent weeks as he grinds away in the studio — but that doesn’t mean his name isn’t being mentioned. During Wednesday’s (March 24) episode of The Breakfast Club, the topic of the recently freed Bobby Shmurda came up and Charlamagne Tha God was quick to set the record straight on a rumor involving the federal government’s infamous star witness.

According to Charlamagne, 6ix9ine told Shmurda (or somehow got him the message) he was paid $500,000 for an interview and still collects royalties to this day.

“Bobby, that artist lied to you,” Charlamagne says at the 19:45-minute mark. “The Breakfast Club did not pay for any interviews. I just want to throw that out there.”

When co-host Angela Yee asks what he’s talking about, he explains, “There’s an artist that told Bobby Shmurda that he got paid a half a million dollars to do a Breakfast Club interview and that he gets residuals, royalties from from the YouTube interview.”

To that, DJ Envy says, “He’s a god damn liar.” As Yee presses them for more details, Envy confesses they are talking about 6ix9ine but can’t confirm if he told Shmurda personally.

Unlike 6ix9ine — who’s also on federal probation — Shmurda is trying to stay out of trouble and not engage in any social media foolishness. As part of his release conditions, the Brooklyn-bred rapper will be on federal probation until February 2026. In addition to an 8 p.m. curfew, Shmurda also has to submit to drug tests (and can’t consume alcohol) and undergo counseling for aggression and anger. He’s also required to maintain a job, which he clearly has on lock.

Shmurda was released from New York’s Clinton Correctional Facility in February after serving roughly six years behind bars. His release came 10 months ahead of schedule after the prison’s Time Allowance Committee reviewed his behavior and participation in prison programs.

The “Hot N-gga” rapper was arrested in 2014 but copped a plea deal in September 2016 after pleading guilty to conspiracy to possess weapons and possession of a weapon for his involvement in the GS9 gang. He was initially sentenced to seven years but was granted two years credit before the sentence was handed down.

While locked up, he racked up 11 violations, including possession of a prison shiv, drug possession and fighting. In January, The New York Times reported Shmurda was finally eligible for conditional release despite being denied parole in September 2020 after authorities saw a vast improvement in his behavior.