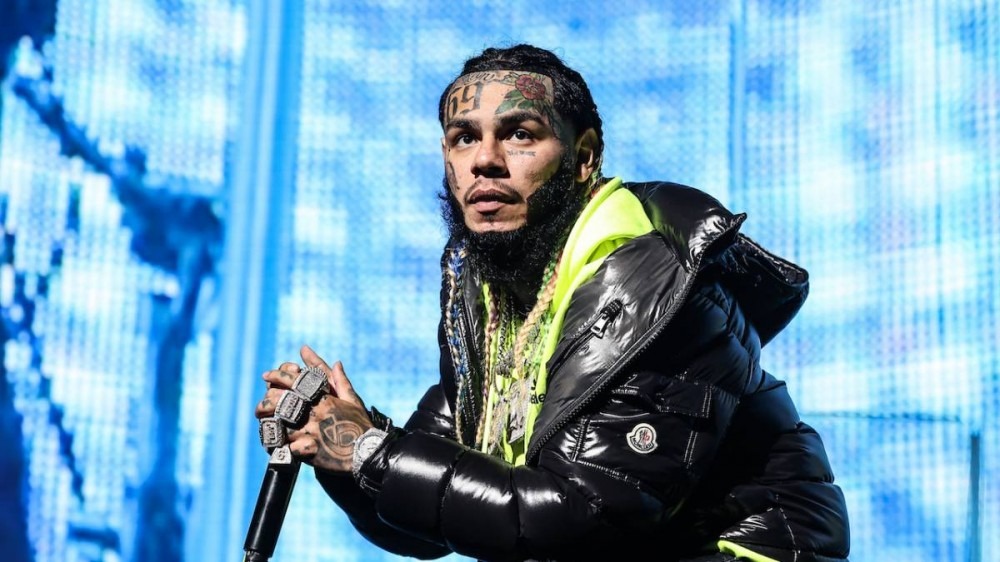 6ix9ine provided an Instagram Live update for his fans over the weekend— albeit he was completely drunk at the time.

During his social media confessional, the controversial rapper admitted he was struggling with his mental health and was trying to get back to a place where he could make music again.

“Guys, I want to start this thing off with saying I love my fans,” he said. “I know you guys have been expecting a lot of music. Just right now, genuinely I’m not mentally … I don’t want to give you guys any false hope. I’m there. I’m just trying to get mentally right, just with everything.

I’m pretty drunk right now. I’m doing good, right? I’m just trying to better myself, so I won’t be pretty dark. I find myself in a pretty dark place all the time. Obviously, I love my fans. I’m always here for you guys. Still the king of IG. Still the king of the internet. I don’t use it anymore. I barely be in the studio. I’m just keeping it a stack.”

6ix9ine, who was in Miami at the time of the video, apparently had a rough weekend. On Monday (August 29), TMZ reported his girlfriend Rachel Wattley (also known as Jade) had been arrested on domestic violence charges after she allegedly punched him inside a nightclub as they were celebrating her sister’s birthday.

The Brooklyn native is actively trying to spring her from jail and blaming her actions on alcohol. As he explained, “I’m gonna get her out jail. She attacked me in front of the police I told them, ‘You have to evaluate her she’s obviously under the influence I don’t plan to press charges … I’m the one trying to bail her out.”

The police report reportedly said officers saw the couple emerge from the club in a verbal argument. When asked what happened, 6ix9ine apparently told them Wattley assaulted him. Officers observed marks on his face and asked witnesses what happened. They learned Wattley had indeed hit 6ix9ine and attempted to grab his chain. 6ix9ine, however, refused to cooperate and didn’t want to press charges.