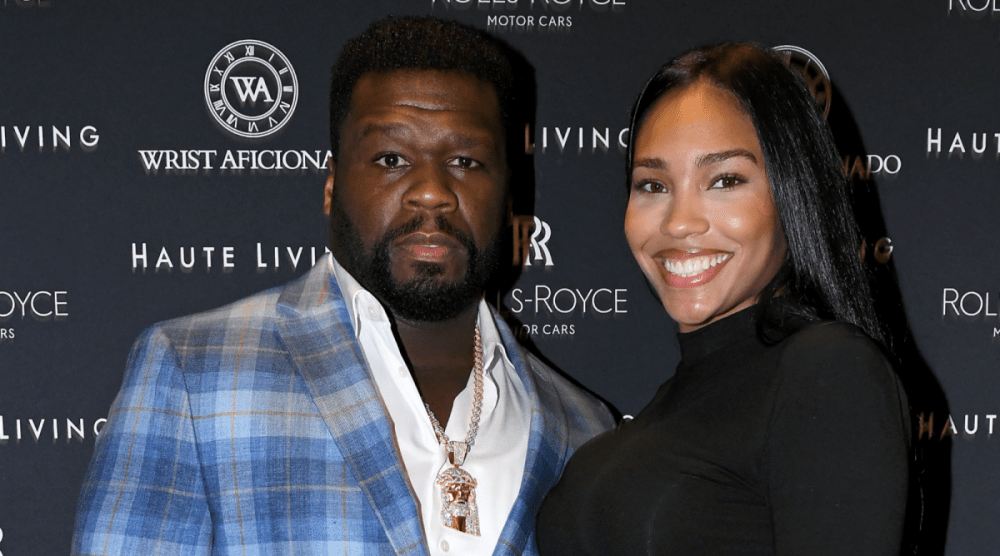 Vivica A. Fox has apparently carried a torch for her former flame 50 Cent for the past 18 years. During a recent interview with VladTV, the Independence Day actress professed her eternal love to the television executive, calling him “the love of my life.” It didn’t take long for 50 Cent’s current girlfriend, Cuban Link, to react to the latest headlines.

On Wednesday (May 26), Cuban Link hopped in The Shade Room‘s comment section to leave a snarky remark about Fox’s interview.

“Awwww,” she wrote alongside a tiny violin and a heart-face emoji. Of course, the violin represents the common euphemism someone gives to another person along with a look of total pity, as a musical accompaniment to someone’s whining.

50 Cent and Vivica A. Fox dated briefly in 2003, but a bitter breakup led to a public war of words. But as she told DJ Vlad, she still cares about him.

“The love that I had for him, and still to this day, will always — he was the love of my life,” she said during the interview. “I will admit that without any reservations. He will always have a special place in my heart. But the reason that the relationship ended is because we went way too public, way too fast … I really love him.”

Cuban Link confirmed her romantic relationship with 50 Cent in 2019 then went on to make multiple red carpet appearances with him, including the Season 6 premiere party for Power.

50 Cent and the successful fitness expert and model, who’s 20 years his junior, talked about their initial date on Instagram Live shortly after they got together.

“The first time I went to meet her, she gave me an address and it was the restaurant,” he said, to which Cuban Link replied, “I had to make sure you were like … real. You wasn’t coming to my house.”

In January, Cuban Link gifted 50 Cent with a special gold For Life ring to celebrate the launch of his since-canceled television series, a clear indication the couple is still going strong.