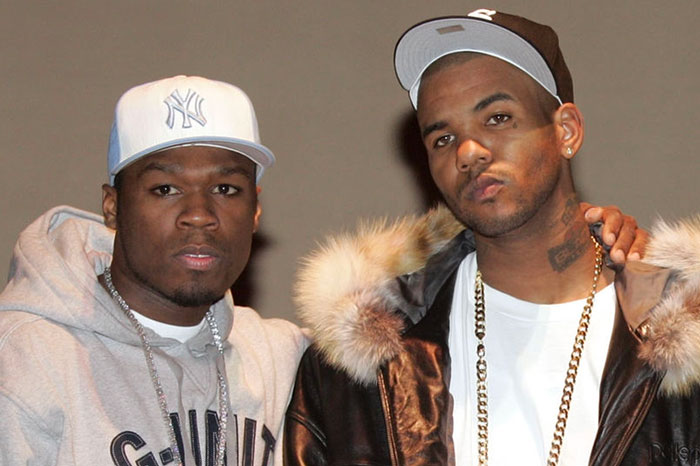 50 Cent is turning his beef with The Game into a TV series.

The rap mogul is developing an anthology for Starz based off his storied feud with his former G-Unit member. The project, which is currently titled “Moment in Time: The Massacre,” will focus on “the true stories in which iconic hip hop moments collided with the sensational and sometimes criminal events behind-the-scenes,” reports The Wrap.

The first season will explore the 2005 beef between 50 and Game, which led to a war with music executive Jimmy Henchman, resulting in a murder-for-hire plot for which Henchman is serving a life sentence in prison.

“Yeah I had to do this one,” commented 50, “so everybody can see how Jimmy The Rat was moving legendary sucker shit.”

😆yeah i had to do this one, so everybody can see how Jimmy The Rat was moving legendary sucker shit. NEW SHOW 🚨#STARZPLAY get the app #bransoncognac #lecheminduroi pic.twitter.com/BoabI666LG

Abdul Williams, who worked on BET’s “The Bobby Brown Story” and “The New Edition Story,” will serve as writer and executive producer alongside 50 and his G-Unit Film & Television.

50 is also working on an untitled drama series for Starz inspired by the life of sports agent and attorney Nicole Lynn, the first Black woman to represent a Top 3 NFL draft pick. This is in addition to his “Power” spinoffs and the recently ordered drug-trafficking drama series “Black Mafia Family.”

While 50 is revisiting his past with Game, there’s one chapter of his career he wishes to forget–G-Unit. According to 50, he has no desire to develop a biopic around the East Coast rap group that originally consisted of him, Lloyd Banks, and Tony Yayo. “I don’t care to do that,” he recently told Whoo Kid. “I’d like to forget the G-Unit.”